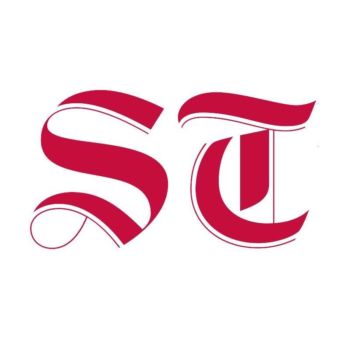 The Sunday Times of South Africa fired deputy editor of politics and commentary Jan-Jan Joubert after he didn’t disclose a possible conflict of interest.

Joubert co-bylined a story in October headlined, “Veil of secrecy as DA Policy Chief quits amid tensions ahead of 2019.” Then, Gavin Davis, a former policy chief for the Democratic Alliance (DA), complained to South Africa’s press ombudsman about the article for its anonymous sources, conflicts of interest, and lack of right of reply.

Davis flagged the conflict of interest because Joubert had applied for a job with the DA in May 2017, News 24 explained, yet he didn’t disclose that. The press ombudsman rejected the complaint. While the complaint was rejected, press ombudsman Johan Retief called for the Times to “address this potentially extremely serious situation” and to “hold Joubert accountable for not declaring his interest in this specific case.” Davis appealed the ruling, and was granted an opportunity to appeal over the Times not giving him an opportunity to reply before publication. “Regarding the complaint that the applicant was not given the opportunity to respond to critical reportage (breach of article 1.8) I am of the view that, for the reasons given above, the applicant has reasonable prospects of success before the Appeals Panel; leave to appeal is therefore granted in respect of that complaint only,” the appeals panel wrote.

Davis told iMediaEthics that he agreed to settle the complaint when the Times said it would publish a prominent apology.

“The matter of Mr Joubert’s disciplinary hearing is between him and his former employer,” Davis told iMediaEthics by e-mail. “However, I was very impressed with the professional way in which Tiso Blackstar/Sunday Times handled the Ombudsman complaint, and appreciate their willingness to apologise and rectify the ethical breach that transpired.”

In that Sunday Times disciplinary hearing, Joubert pleaded not guilty, but the chairman of the hearing found he had “intentionally or negligently failed to disclose to the editor a potential conflict of interest,” Bongani wrote. He also, according to Bongani, was accused of having “intentionally abused his professional position, privilege and power as Deputy Executive Editor: Parliament, Politics and Opinion by inappropriately sharing confidential information entrusted to him by a political party, the Economic Freedom Fighters,with its political opponent the Democratic Alliance in conflict with his ethical, contractual and professional obligations and expectation.”

The article now carries an editor’s note that reads:

Editor’s Note: TimesLIVE apologises to Gavin Davis, former policy chief of the DA, for failing to offer him a right of reply to allegations made in the original version of this article (Veil of secrecy as DA policy chief quits amid tensions ahead of 2019). Mr Davis rejects the allegations contained in the story as having no merit. We accept that our failure led to a one-sided account of the circumstances that led to his resignation. We apologise for the breach.

Joubert appealed his firing, according to South Africa’s News 24. “The appeal was dismissed and he has taken the matter to the Commission for Conciliation, Mediation and Arbitration,” Siqoko told iMediaEthics.

iMediaEthics has sent a message to Joubert via Facebook for more information; he declined to comment to South Africa’s News 24.

An earlier version of this article incorrectly stated that Davis’s appeal was rejected. Davis was granted an opportunity to appeal, but agreed to settle his complaint when the Times offered to apologize.