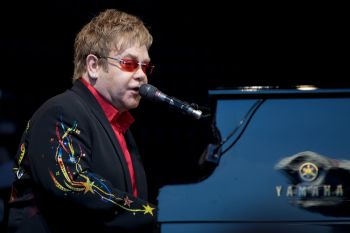 The Sun on Sunday claimed Elton John and his husband David Furnish’s dog attacked a young girl and gave her “Freddy Krueger-like injuries.”

But, that isn’t true, they said, and now the Sun is paying them “significant” damages for its reporting, including the claim that the couple didn’t follow-up to find out how the girl was, according to the Guardian.

The article was headlined, “Elton’s Dog Did This to my Girl.” According to the BBC, the incident was in 2016 and the article was published in Feb. 2018. The article has since been unpublished. iMediaEthics has written to the Sun to ask where it learned of the allegations and if it contacted Elton John’s reps before publication; the Sun declined to comment.

The couple’s lawyer Jenny Afia provided iMediaEthics with her court statement explaining, “The story described an incident at the Claimants’ home at which a young child at a play date had been subjected to a serious attack by their dog, which left her with ‘Freddy Krueger-like injuries’ and that, despite being aware of the incident, the Claimants failed to make any attempt to find out how the little girl was.  This allegation is false.”

“The truth is that the injuries were not serious, and the Claimants, far from ignoring the incident, made several enquiries about the girl’s welfare to her father and nanny. Each time it was confirmed the girl was fine.

“I am pleased to say that the newspaper has now accepted unequivocally that this allegation was false and seriously defamatory. As a result, it has agreed now to apologise to Sir Elton John and David Furnish, and to pay significant damages as well as to reimburse their legal costs.”