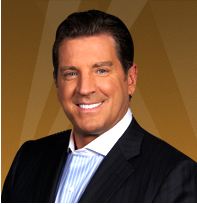 “We got a little fast and loose with the language and we know its been interpreted as being disrespectful and for that, I’m sorry. We did go a bit too far.”

Bolling had commented during a June 10 Fox Business segment titled “Hoods in the House” : “Guess who’s coming to dinner? A dictator. Mr. Obama shares a laugh with one of Africa’s kleptocrats. It’s not the first time he’s had a hoodlum in the hizzouse.”

A picture montage that accompanied the introduction showed a photo of rapper Common’s recent performance at the White House as well as a picture of Bongo that was digitally altered to show one of his teeth flashing. Bolling opened the segment asking, “So what’s with all the hoods in the hizzy?”

Bolling defended himself against criticism on Twitter before apologizing.

Mediaite’s White House reporter Tommy Christopher, who criticized the segment, had a Twitter exchange with Bolling on June 12 in which Christopher asked, “What other Prizzezidentz have you employed hip-hop parlance on?”  Bolling responded that he is not a racist.

Executive vice president of FOX Business Kevin Magee told the New York Daily News that “the line was crossed” but Bolling’s apology had resolved the issue.