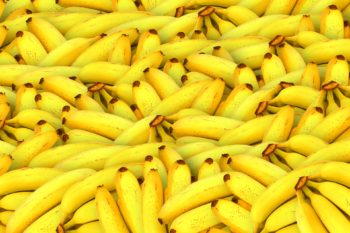 The Express published a photo gallery of “The EU’s craziest decisions.” But, some of those so-called decisions weren’t actually decisions.

Some of the crazy, but not real, claims in the gallery included “the EU had banned unusually shaped bananas; that it had ruled that jam had to be 60 per cent sugar in order to be called jam; and that the EU had forbidden the sale of eggs by the dozen,” a woman named Hellen Giblin-Jowett complained to IPSO. The newspaper “said that the gallery contained 13 images; it did not accept that all of the captions were inaccurate,” IPSO reported.

The European Union’s website explains there is a regulation about fruit shape but it allows both straight and bendy bananas. “The regulation states that bananas must be ‘free from malformation or abnormal curvature,'” the website says, but bananas can have “slight defects of shape” or complete “defects of shape” depending on their class. The European Commission in the UK website explains there is a rule requiring a “minimum 60%” sugar for jam but member states have “the option to apply for an exemption to reduce this threshold.” A 2010 BBC News report explained there was no EU ban on selling eggs by the dozen.

The Express offered to take down 5 of the 13 pictures and captions and changed the name of the photo gallery to “the EU’s craziest ideas.”  However, the Express ultimately made the uncrazy decision to take the full gallery down and the complaint was resolved.