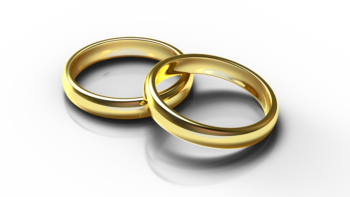 It was OK for the Sunday Times to publish an opinion article, “I left my husband and children,” by a woman about the “breakdown of her marriage…and the effect on the couple’s four children,” even though the article may have made the family identifiable and the family didn’t consent, the UK press regulator the Independent Press Standards Organisation ruled.

The article, published in November 2019, had an anonymous byline and detailed her marriage breaking up, and claimed the her children weren’t allowed to see her new partner and that photos of her were removed from the family home.

While the author, the ex-husband and the children weren’t named, her ex-husband complained to IPSO over the article that the article was an invasion of privacy and that the family was identifiable based on the “unusual circumstances,” according to IPSO. The ex-husband also claimed that there was a fake quote attributed to him in the article and that he wasn’t contacted before publication. The ex-husband complained the article was also inaccurate, saying he only took down wedding photos but there were photos of his ex-wife in the house and adding that the children didn’t want to see her new partner, not that they weren’t allowed to.

The Sunday Times defended its article as freedom of expression and denied the article identified the family because it changed “various details relating to the children and the complainant.” iMediaEthics has written to the Times’ publisher, News UK, to ask if it noted in the original article that it changed some details.

The paper also argued it wasn’t a problem since the ex-husband and wife had written columns in 2007 about the family, and the new column was an anonymous opinion piece “not presented as fact,” according to IPSO.

IPSO agreed with the Times that the ex-wife had a “right to discuss and publish her experience.” Further, it found that since the article carried an anonymous byline, didn’t include information that would identify the family’s location, and changed some details to protect against the family’s identification, any invasion of privacy was “limited.” Any potential invasion of privacy in reporting on the two younger children, who are minors, is negated because the ex-spouses have “shared parental responsibility,” and the wife was able to consent for them.

Because the Times didn’t name the ex-husband, the article was an opinion piece, and the article had no “serious allegations,” the newspaper didn’t need to contact the man before publication, IPSO ruled. Further, despite the ex-husband’s complaint of a fake quote attributed to him, IPSO rejected that argument, claiming any inaccuracy was insignificant and the quotes “reflected his position” anyway.

“To the extent that there was a dispute over the accuracy of the quotes attributed to the complainant in the article, the Committee did not consider that any inaccuracies were significant in the context of an article which would be understood by readers to be a one-sided account.  In addition, the complainant did not dispute that the quotes attributed to him reflected his position that he did not prevent the author from seeing their children and the reasons for the breakdown of the relationship.”