Fairfax Media sued by Joe Hockey for 2 Tweets, a poster & an article - iMediaEthics

Fairfax Media sued by Joe Hockey for 2 Tweets, a poster & an article 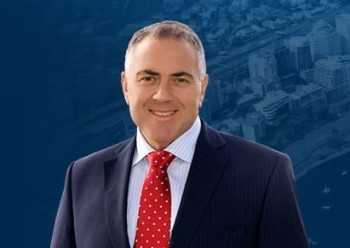 Fairfax Media, which publishes The Age and Sydney Morning Herald lost a libel lawsuit  brought by Australian politician Joe Hockey. But complicating matters is what publication the lawsuit was over.

Fairfax Media’s director of communications Brad Hatch pointed iMediaEthics to the company’s statement on the settlement and noted that “the judge has reserved his decision regarding costs.”

The statement reads in part:

“The Court upheld Fairfax’s defence of the articles and found them not to be defamatory. Mr Hockey’s claims were only upheld in respect to the publication of the SMH poster and two tweets by The Age because they lacked the context of the full articles. No claims were upheld with regard to The Canberra Times.

“All of Mr Hockey’s other claims were dismissed.”

It goes on to quote a Fairfax spokesperson defending the coverage as “well researched and accurate.”

The Sydney Morning Herald‘s May 5, 2014 headline about Hockey was titled “Treasurer for Sale,” the New Daily reported.

Hockey argued the writing was evidence of “personal spite and ill will.”

Fairfax defended its writing about Hockey as “qualified privilege defense” and as in the public interest.

“Fairfax’s lawyers argued that they were allowed to make statements like the one it did about Mr Hockey because it fits with the role of a newspaper to hold a politician to account, the so-called qualified privilege defence,” the New Daily reported.

But the judge dismissed the argument it was qualified privilege, the Australian Broadcasting Corp. wrote. “Justice White found that Fairfax Media may have been able to rely on a defence of qualified privilege to justify the headline and tweets, however this defence was not available because the headline was motivated by ‘malice.'”

The judge agreed with Hockey that Fairfax editor Darren Goodsir had “animus towards Mr. Hockey,” evidenced by an e-mail about Hockey and a previous incident where Hockey sought a correction of an article about him, the ABC reported.

In a statement sent to iMediaEthics by his office, Hockey said: “After nearly twenty years in public life I took this action to stand up to malicious people intent on vilifying Australians who choose to serve in public office to make their country a better place. I do not regret taking this action.”

He added, “Whilst the cost of this action has been considerable for me, my family and friends, it has been far greater for Fairfax Media. They are clearly not ‘Independent. Always.’”

The judge ruled Hockey should be paid $200,000 damages, according to the Australian Broadcasting Corp.

“This led him to overlook that [the writer’s] article indicated that what could be obtained by a political donation in the form of membership of the NSF, was access to Mr Hockey and not Mr Hockey’s judgment, or discretion, or influence and that Mr Hockey was not for sale at all,” the judge said, according to ABC.  “Mr Goodsir had lost objectivity. If it was not for his desire to get back at Mr Hockey, I consider it probable that he would have selected a less provocative headline.”

More on the background on the case at the Sydney Morning Herald.

Fairfax Media sued by Joe Hockey for 2 Tweets, a poster & an article