BBC Admits to Montage of Obama Words into a single sentence 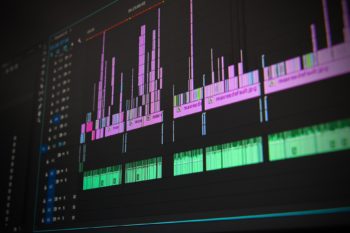 Photoshopping two images together and presenting the results as a news photograph is a clear breach of journalistic ethics. It would stand to reason, then, that doing the same thing with audio clips—that is, splicing together out of sequence words that someone has said—would call into question the authenticity of the “news” being broadcast. This is exactly what the BBC did with the words of President Obama to give the false impression that he made a significant statement about climate change in his inaugural speech.

TonyN at Harmless Sky wrote, (emphasis not original) “Last night I was reading through the full text of Barack Obama’s speech just before the BBC’s daily current affairs magazine, Newsnight, came on television. So his words were fresh in my mind when Susan Watts, Newsnight’s science editor, presented a piece on the implications of the speech for science in general and global warming in particular. I was surprised when it started with this sound bite from the inaugural speech : ‘ ‘We will restore science to its rightful place, [and] roll back the spectre of a warming planet. We will harness the sun and the winds and the soil to fuel our cars and run our factories.’ I didn’t remember him saying that at all.” The BBC’s news program NewsNight altered President Obama’s inaugural speech. The result –which BBC called a “montage”–gave the false impression that Obama provided a fuller emphasis on environmental issues than he actually did. TonyN read the speech before watching the BBC broadcast. He said he knew immediately after Newsnight aired the clip that something was wrong. He did not recognize the words as recited by Obama.

TonyN continued: “The ‘quotation’ that she [BBC’s Susan Watts] was referring to only exists in a digital file concocted by a sound engineer.”

Wow. Tampering with quotations is a major violation of journalism ethics. Peter Johnson, an editor at USA Today, stated that faking quotations is among the “highest of journalistic sins.” Douglas McGill, a former New York Times reporter and Bloomberg News bureau chief in London and Hong Kong said, “Quotations are sacrosanct in journalism.”

Here are the fragments (bolded) of Obama’s speech within the original sentences and immediate context. The sentences listed below did not run together but were scattered within two large paragraphs of text (see full paragraphs at Harmless Sky ). The phrases are placed in context and numbered to note the sequence in the editing done by the BBC:

* (1) We will restore science to its rightful place and wield technology’s wonders to raise health care’s quality and lower its cost].

* (3) We will harness the sun and the winds and the soil to fuel our cars and run our factories. And we will transform our schools and colleges and universities to meet the demands of a new age.

* We will begin to responsibly leave Iraq to its people, and forge a hard-earned peace in Afghanistan. With old friends and former foes, we will work tirelessly to lessen the nuclear threat, and (2) roll back the specter of a warming planet. We will not apologize for our way of life, nor will we waver in its defense….

After showing the footage of President Obama, the BBC announcer said: “President Obama couldn’t have been clearer today. And for most scientists his vote of confidence would not have come a moment too soon.” However, TonyN points out that President Obama’s true words when heard in unstrung-together fragments were “hardly an endorsement of the environmentalist’s pleas that we should all change our lifestyle to save the planet.” See for yourself. Newsnight treated President Obama’s words as a magnetic poetry puzzle, taking words from several paragraphs of the speech. This “montage,” as BBC called it, created the appearance, if not the reality of bias. Did the creative but invisible assemblage better fit BBC’s agenda?

The first section of the cobbling, Number one (1) above, refers to health care in its original context. But the BBC falsely attributes it to “environment” in the new context created by them—titled, not science in general, but “Obama’s First 100 days: Environment.”

The second part of the assemblage, Number two (2) above, is balanced by and softened with the sentence that immediately follows: “We will not apologies for our way of life.” imediaethics.org believes that the weight of the three separate phrases, literally and seamlessly, when put together by the BBC, changes the meaning as well as the emphasis.

Again, here is a sound clip from BBC Newsnight television program, from its Wednesday, January 21, 2009 broadcast. The video shows the aforementioned quote is the opening, continuous statement with no discernible fades in-between phrases.

When we contacted the BBC and presented these issues to them, they responded that they had done nothing wrong.

imediaethics.org wrote: “We are writing a report about a recent BBC Newsnight program by Susan Watts. Bloggers have reported that her recent segment contained audio portion that spliced together disparate phrases from President Obama’s inaugural speech. The audio gave the false impression that these phrases were a single statement. I listened to the audio and it seems the bloggers claims are correct. Are you aware of the situation? Are you going to run a correction?”

The BBC editor, Peter Rippon, responded: “We did edit sections of the speech to reflect the elements in it that referred to Science. It was designed to give people an impression or montage of what was said about science. It in no way altered the meaning or misrepresented what the President was saying. It is routine for broadcasters to edit speeches. The issue is whether in doing that you are unfair to the person giving the speech. There is nothing I need to correct. In fact I am baffled that anyone would think we should.”

The BBC “Communications Manager, News” also sent a statement after I contacted the BBC to inform her of what Rippon had said and to ask if the BBC would reconsider their position on a correction:

“This was one part of a 50 min programme exploring the start of the Obama presidency from various angles. We edited sections of the speech to reflect the elements in it that referred to Science as a way to give people an impression or montage of what Obama said about science in his inauguration speech. This was signposted to audiences with fades between each point. It in no way altered the meaning or misrepresented what the President was saying. The piece then went on to explore the challenges facing the president in this area.”

imediaethics sent these links to BBC’s footage and sound files to four experts in the field of journalism ethics and asked: “There are two separate ethical issues so it seems to me. 1. The problem of the ‘montage’ [BBC’s word] of independent phrases into a new order that without transparency is falsely presented as a coherent, single statement on green policy; and 2. The changes in emphasis and meaning created by this out-of-context audio cobbling.”

Here are the emailed responses:

There are rules for quotations as you know (AP Style-book etc). In written form, one would never be able to string these three separate phrases and represent it as a continuous statement. It would be a fabricated quotation and a breach of ethics. As there is no disclosure in BBC’s broadcast, and there are no discernible “fades” in-between, when this beginning environmental segment is transcribed, the aforementioned prohibition, on violating or changing quoted words, will occur certainly occur when its written form.

Cobbling all three phrases together, we agree with bloggers, when discovered gives the appearance, if not the actuality, of BBC’s intent to distort Obama’s words into a coherent statement and emphasis on “environment” when it did not exist.

So what was the motive for altering President Obama’s words? Apparently, to provide the appearance, if not the truth, of Obama’s green policy. imediaethics.org has reported suspect reports about climate change before–for example, see post and post.

Finally, we spoke with our fourth expert.

So, folks, imediaethics.org votes “bogus report.” What do you, the public, think about BBC “montage” of Obama’s words? Election season may be over, but your “vote” counts if you voice it. Here is BBC’s “complaint” page.

(Hat Tip: The PoolBar said if photoshopped images are called “fauxtography,” then maybe the compositing together of audio fragments should be called “fauxdio.” Good thinking. It inspired us to adopt your suggestion.)