Why The Forward Posted & then Deleted Elie Wiesel Groping Claim 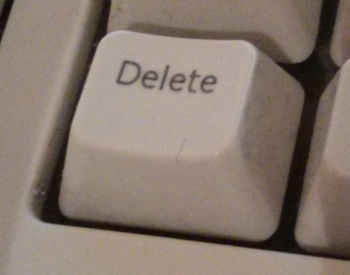 The Forward, a national Jewish newspaper, published a story about a sexual groping allegation against Elie Wiesel, the Holocaust survivor and Nobel Peace Prize winner who died in 2016. But a day after publication, The Forward removed the story, apologized and said the story “did not meet our journalistic standards.”

Jenny Listman alleged on the Medium blog that Wiesel grabbed her “ass” in 1989. Wiesel’s foundation, the Elie Wiesel Foundation for Humanity, called the allegation “spurious” as well as “specious and unsubstantiated” in a statement to Newsweek. iMediaEthics has contacted the foundation to ask if The Forward contacted it before publication.

But, at least one reader, Rabbi Zev Farber, wondered if The Forward‘s decision to delete was an attempt to cover up and “whether a potential victim was thrown under a bus.” Farber wrote in a letter to the editor, “I am sorry to put it so bluntly, but I think you really need to be a little more aboveboard on this one with whether you learned of factual discrepancies or evidence against the author’s claim or whether it was for ‘some other reason.'”

So what happened? Jane Eisner, Forward‘s editor-in-chief, published a note in response explaining the newspaper’s story aggregated the claims from Listman’s post on Medium, but decided against publishing. However, “a miscommunication between editors meant that we briefly had the story online,” before Eisner removed it. Eisner denied having been “threatened by powerful people” and said she made the decision to remove the story because The Forward “erred in not vetting it before publishing.”

Eisner said she decided the story shouldn’t have been published because of the sourcing for the sexual harassment claim and the lack of evidence. “I made the decision because the story did not meet our journalistic standards,” she wrote. “It cited an allegation published on another website, from a single source, with no corroborating evidence and no response from the alleged attacker or his representative. Journalism is about verifying information. This was unverified.”

In an e-mail to iMediaEthics, Eisner said the article was deleted at mid-day on Aug. 23, the day after publication. “I heard from only one or two readers before I made the decision to take it down,” she wrote. “I was not reacting to an outcry — far from it. I waited because I wanted to be able to speak personally to the staff members involved, when we were back in the office Monday. I have learned that readers do want full explanations.”

Farber, the reader whose letter to the editor sought more information about the story deletion,  told iMediaEthics by e-mail, he was satisfied with the explanation but “I can’t help but be disappointed in the mistaken aggregation  of the story on the Forward since by their dropping it, many people took it as an expression of an opinion even if that was not the intention. Many more people saw the retraction than Eisner’s clarification. That said, a mistake is a mistake, they happen. Her explanation of what happened sounds credible to me.”

Why The Forward Posted & then Deleted Elie Wiesel Groping Claim