Fox News Apologizes for Airing Suicide, 'We Really Messed Up' 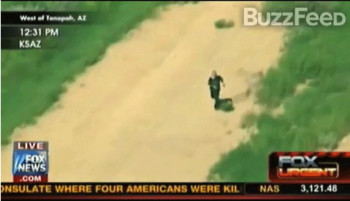 “We really messed up…and we’re all very sorry. That didn’t belong on TV. We took every precaution we knew how to take to keep that from being on TV. And I personally apologize to you that that happened.

“Sometimes we see a lot of things that we don’t let get to you, because it’s not time appropriate, it’s insensitive, it’s just wrong. And that was wrong. And that won’t happen again on my watch. And I’m sorry.”

Fox News was showing a “car chase live in Arizona” when the man being chased “pulled his car over…left the car, then…pulled a gun out of his right pocket” and “pulled the trigger,” the New York Times explained.

Smith added that Fox News put the car chase on a “five-second delay” during the car chase “so that if anything went horribly wrong, we’d be able to cut away from it without subjecting you to it.”

Media Bistro’s TV Newser reported that Fox News’ executive vice president for news editorial, Michael Clemente, said “We took every precaution to avoid any such live incident by putting the helicopter pictures on a five second delay. Unfortunately, this mistake was the result of a severe human error and we apologize for what viewers ultimately saw on the screen.”

The Washington Post’s Erik Wemple noted that Gawker and BuzzFeed both “posted the offending video, including the disturbing  end,” but that the websites defended publication because it was considered newsworthy.  Wemple added that “both sites posted language fronting the troublesome video” alerting viewers.

LA Weekly also posted the video with a note “warning: the disturbing, graphic clip is posted after the jump.” And, Politico added Mediaite to the list of outlets publishing the video. Mediaite also defended the video as “clearly newsworthy,” according to Politico.

iMediaEthics is writing to Fox News seeking further comment and will update with any response.