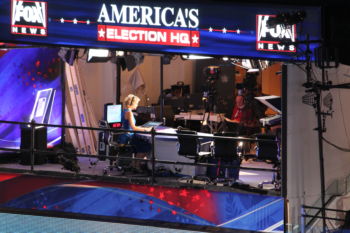 As reported here this past Monday, Fox News decided to launch its own exit poll for Tuesday’s election, abandoning the media consortium it had worked with since 1998. Called “The Fox News Voter Analysis,” the reported purpose of this new venture was to provide a faster prediction of election outcomes than what the media consortium, the National Election Pool (NEP), can produce.

How did that go?

The concern I expressed in the article was that Fox might make a rush to judgment in its competitive spirit to be faster than its rival networks. That didn’t happen.

In fact, Fox trailed its rival networks, CNN and MSNBC, in projecting the gubernatorial winners in Virginia and New Jersey. And, unlike CNN and MSNBC, Fox apparently made no projections of the Virginia contests for lieutenant governor or for attorney general, both statewide elective offices. Nor did Fox project the winner of the special congressional election in Utah by 11:00 PM (when I stopped watching), though CNN and MSNBC projected Republican John Curtis the winner at 10:15 PM and 10:20 PM respectively.

The Real Failure of the Fox News Exit Poll

As I indicated in the Monday article, calling the elections faster or slower than another network is hardly of great consequence. We will soon learn of the actual, as opposed to the projected, winner when all the ballots are counted.

The original purpose and real advantage of the exit polls, as designed by Warren Mitofsky for CBS in 1973, was to provide anchors information about the nature of the vote: What were the most important issues to the voters? Which candidates did the various demographic groups (based on sex, age, education, income, etc.) support? When did the voters make up their minds?

Throughout the evening, both MSNBC and CNN provided their viewers with this kind of information, indicating which voter groups had increased their support for the winning party, and which groups had given less support. Women, for example, supported Northam by 19 points, while men supported Ed Gillespie by 8 points. Also, according to voters, the most important issue was health care, and among voters choosing that issue, Northam won by a substantial margin. And so on.

Fox’s exit poll operation, apparently, was unable to provide any of this kind of information. The eight o’clock hour with Tucker Carlson included the projection of the Virginia gubernatorial winner, and an extended conversation between him and Bret Hume – but no graphs of data as provide on MSNBC and CNN. That segment lasted about half the hour, with the gun massacre in Texas, possible charges of rape against Harvey Weinstein, and the “liberal attack” on Donna Brazile rounding out the hour.

All three networks covered President Trump’s speech in South Korea during the nine o’clock hour. At ten, CNN and MSNBC continued their analysis of the election outcomes, while at Fox, Laura Ingraham focused her attention for most of the hour on why gun control is a bad idea. In the last ten minutes, she talked about the Virginia election results and why they were not surprising (because Virginia is a blue state), and then she gave a plug for her book. No projections of winners in any contests were made, nor did she present any data about the voters.

It seems pretty clear that the Fox News Voter Analysis project is off to a slow start. If Fox really wants to cover election results, rather than focus on ideological issues that may be more interesting to their viewership, abandoning the National Election Pool does not seem to be a great idea.