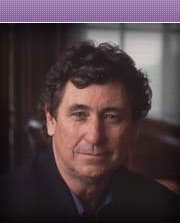 iMediaEthics recently wrote about the ethical questions raised by new kinds of corporate sponsorship for public radio,  and we highlighted NPR ombudsman Alicia Shepard’s discussion that implied that such sponsorships may become even more common in public service journalism as time goes on. Veteran public broadcasting reporter David Fanning, Executive Producer of PBS Frontline, thinks this is the wrong direction for public broadcasting, saying so in a speech at the James L. Loper Lecture in Public Service Broadcasting at USC Annenberg in November. (pdf available here.)

In the speech, Fanning says “I am particularly concerned about a threat to our essential public identity. This is already happening. They‘re called ‘sponsorships’, but they are essentially commercials all over public broadcasting websites, local and national, radio and television. I’ve argued strenuously that we are threatening our special status as non-commercial media … we all swim in a sea of commercialism, and that’s precisely why we need to keep ourselves clean of it.” (A video of the lecture is available here.)

If sponsorships are just another kind of advertising, Fanning seems to argue that PBS is at risk of becoming indistinguishable from for-profit news. And if that happens, it will be even more likely to fail than it would be without the cash flow from sponsorship. So what’s the point? “One day, I’m afraid, when most of our work is experienced on the web, we will wake up and the public will say we’re no different from the rest of them. Why should we give you our membership money?  And why should the government give you our tax dollars?” he asks.

But as Shepard wrote in her discussion, at least at NPR, financial shortfalls likely will mean more sponsorship in the future, not less. “The key to these future relationships is to make sure there are serious and rigorous discussions, at the outset, about the implications for NPR’s journalistic credibility — and to continually examine the assumptions as time goes by,” she writes, going on to say that “news organizations like NPR” are fighting “for financial security.” Fanning seems to imply that any sponsorship at all erodes journalistic credibility. Is he pushing for the impossible? Check out a pdf of his lecture in full here, with many more details of his view on the prospects for public service broadcasting.