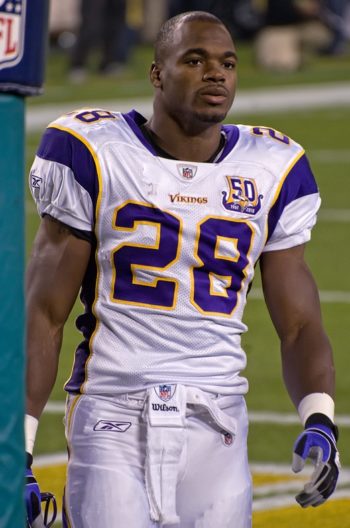 A sports column appeared on Gannett publications’ websites, including USA Today, that suggested professional football player Adrian Peterson hit his son because he “likely is descended from slaves who suffered disciplinary beatings.”

In 2014, Peterson was indicted on “charges of reckless or negligent injury” to his 4-year-old son related to what he claimed was disciplining the child. Peterson, a running back for the NFL Minnesota Vikings, took a plea deal and received a reckless assault misdemeanor.

Understandably, readers were shocked by the slavery statement, and Gannett removed the two offensive two sentences by the Green Bay Gazette‘s Pete Dougherty. The statement in the column “Dougherty: Packers should pursue Peterson,” read:

According to Philly.com, Dougherty’s column was published on Gannett’s PackersNews.com and then USA Today‘s website.

USA Today’s standards and ethics editor Brent Jones told iMediaEthics by e-mail, “The column, which originated in the Green Bay Press-Gazette, was not published  in USA TODAY’s print editions. In our Network environment, content is shared from time to time, so while the opinion piece did appear on USATODAY.com, the offensive content was removed, and a note appears at the top of the column explaining to readers the change.”

Jones noted that USA Today itself hasn’t gotten complaints about the column.

Green Bay Gazette editor Robert Zizzo said, according to Philly.com, the column was “a huge mistake in judgment by a reporter and failed oversight by editors.”

iMediaEthics has contacted Zizzo to ask how long the paragraph in question remained published, how many readers complained and if the newspaper has heard from Peterson’s representatives. We’ve also contacted Dougherty over Twitter and USA Today’s PR rep for comment.

The column now carries an editor’s note apologizing for the insensitive remark.

“Note to readers: A paragraph in an earlier version of Pete Dougherty’s column that included a reference to Peterson’s punishment of his 4-year-old son being connected to America’s history of slavery was removed. It was poorly reasoned and insensitive. We apologize to all readers who were offended.”

Dougherty also apologized in a tweet. “The words in my column about Adrian Peterson were ignorant & indefensible. Words can’t express how sorry I am. I apologize unreservedly.”

The words in my column about Adrian Peterson were ignorant & indefensible. Words can't express how sorry I am. I apologize unreservedly.