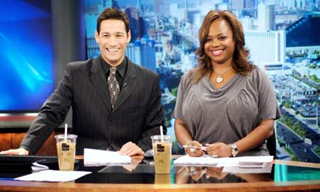 The Guardian’s Ed Pilkington wrote about the growing development of advertising in entertainment and news through product placement.

“The tentacle-like growth of clandestine advertising in American TV shows in the form of product placement has taken another controversial step with the introduction of McDonald’s products into regional news programmes,” Pilkington reported. “Several TV outlets have begun to sell the fast-food giant the right to place cups of its iced coffee on to the desks of news anchors as they present morning current affairs shows.”

Pilkington continued: “The New York Times has reported that similar deals to place McDonald’s products in news shows are up and running in TV stations in Chicago, Seattle and New York.”