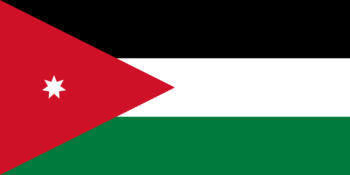 The flag of Jordan (Credit: Wikipedia)

A Jordanian educational organization, the Jordan Media Institute (JMI), studied 20 of the country’s news outlets and their coverage of the most recent parliamentary elections.

“The JMI confirmed in its report that confusing paid advertisements with media and news content was the most widespread professional and ethical violation, specifically on some TV stations and electronic sites,” it went on.

Besides the influence of candidates or advertisers, the JMI found news outlets overusing anonymous sources without reason.

The parliamentary elections in Jordan were held Sept. 20.