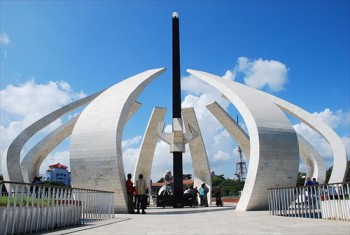 At a media event in India this week, journalists were reminded to report in the public interest and to check sources to prevent biased reporting. Leaking and whistleblowing were also a major topic during the two-day event.

The conference was Feb. 3- 4 in Chennai, India. According to a Jan. 30 report on the British government’s website, the conference was put together by “the British Deputy High Commission, Chennai, PANOS and the Media Development Foundation, which runs the Asian College of Journalism.”

During a session entitled “Leaking, Whistleblowing and Journalism,” Training Station‘s managing director Kevin Burden reminded journalists to vet sources, according to the New Indian Express. Training Station says on its website that it works “with the purpose of providing training in professional and personal skills, especially in the fields of journalism, the media, human rights and humanitarian and development aid.”

“Whether leaking or whistleblowing, the journalist has to understand that they are both high-cost scandals. It is important while assessing them to look at the quality of the news and the quality of the person leaking the information,” Burden said.

“The greatest danger is a complacent journalist. Journalists have to take a lot of care to verify the information and whether the leaker or whistleblower has something against the organisation.”

Other topics of discussion at the event included “Journalistic Ethics: East and West” and “Issues of Regulation in the Media.”

According to English-language Indian newspaper The Hindu, at the event, N. Ram, the Chairman of Kasturi & Sons Ltd., the media company that owns The Hindu, called for ombudsmen at media outlets as a way to increase accountability.

Likewise, the UK Observer‘s Readers Editor Stephen Pritchard, who is the president of the Organization for News Ombudsmen, discussed his work as the Observer‘s independent readers editor. iMediaEthics has written to Pritchard asking for more information about the event and will update with any response.

The website explains why the conference was held: “The conference grew out of the need for clarity within the Indian media on the best way forward on issues of public interest and regulation.”

Video from the event is published on Hoot Suite.

iMediaEthics has asked the British Deputy High Commission in India for more information about the event and will update with any response. An e-mail to address provided by the Asian College of Journalism bounced back.

UPDATE: 3/18/2014 11:34 AM EST: See a follow-up to this story with information from Pritchard and the commission, Media Ethics Code for All of India?