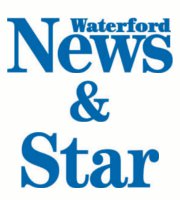 Ireland’s press ombudsman, who handles complaints from the public against member news publications, got it wrong. At least, that’s what the Irish Press Council said.

The press council overturned a ruling from the ombudsman, John Horgan, against Irish news outlet the Waterford News & Star.

Horgan ruled in August that the Waterford News & Star‘s article on a man’s suicide invaded the family’s privacy. The deceased’s wife complained over the article, saying it was invasive to name her, given that she uses her maiden name, and to publish her address as well as details about her relationship with her husband, and his death.

The Waterford News & Star defended its article as information from the inquest and newsworthy.

Regardless, ombudsman Horgan ruled the article broke guidelines for invasion of privacy.

But, the Waterford News & Star appealed the ruling from Horgan to the press council of Ireland, which handles appeals over his rulings. iMediaEthics has written to the News & Star to ask about its guidelines for reporting on suicide.

The press council rejected the woman’s complaint and dismissed the complaint and ruling against the Waterford News & Star, it said in a report on its website. The ruling read in part:

“At its  meeting on 11 October 2019 the Press Council considered the appeal and noted that Principle 5.3 of the Code of Practice states that while the feelings of grieving families should be taken into account in publishing information in situations of personal grief or shock, this should not be interpreted as restricting the right to report judicial proceedings.  In these circumstances the Press Council upheld the appeal by the editor of the Waterford News & Star.