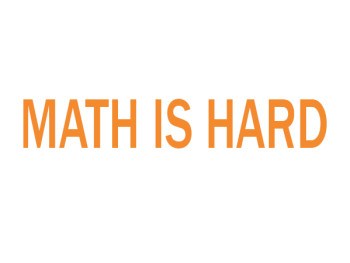 The Guardian unpublished an Aug. 18 article based on wrong data that exaggerated CEO compensation. The error could leave the UK newspaper and the think tank that provided the incorrect data open to legal action.

The Guardian also wrongly reported based on the center’s data that “the bosses of Britain’s 100 biggest listed companies are earning on average 143 times more than their staff.”

Deborah Hargreaves, CEO of the High Pay Centre, told iMediaEthics by e-mail that the center alerted The Guardian and other news outlets of the errors in the data. While High Pay Centre unpublished the spreadsheet of all of the data, Hargreaves said the center does plan to re-publish it once they can go through it all for accuracy.

This case is an example of the importance of verifying information about public companies, because stock prices can tank from incorrect information, especially information that reflects negatively on a publicly traded company.

The High Pay Centre identifies itself as “an independent non-party think tank established to monitor pay at the top of the income distribution and set out a road map towards better business and economic success.”

The Guardian didn’t verify the data before publication, but when errors were found, the newspaper went back to the data, found more errors and, ultimately, determined that neither the Guardian nor High Pay Centre could actually verify the data. Because of that, The Guardian unpublished the article.

“Neither the Guardian nor the think tank had the resources to check the other 90 companies’ data, and so the article and the poll have been permanently deleted, with a footnote on the page making clear that both have been taken down because we were unable to verify all of the data,” Guardian readers editor Chris Elliott explained in his column Aug. 31.

Hargreaves, formerly a Guardian business editor, admitted to Elliott that this incident was “an important lesson in the use of data – it needs to be checked and checked again.” The center had an external company pull the data together, the Guardian reported.

In an e-mail to iMediaEthics, Hargreaves pointed to the organization’s small size as a limitation and said that the center had an external organization, PIRC, compile the data for them. Hargreaves explained:

“We are a small organisation with only three people, so we have to make difficult decisions about where to allocate our resources. PIRC are a respected, authoritative source of data and we felt we could rely on them. This shows we can’t and will have to be more careful in future. I fully understand the Guardian‘s decision to unpublish.”

Elliott said in his column that when he first learned of issues with the column, he pulled the article from the Guardian‘s website while he investigated.  “As I investigated further with a view to restoring the article with the correct figures – it is an important subject that deserves coverage – it appeared that only the Randgold figures were wrong, and the High Pay Centre readjusted the figures on its website to reflect a new ratio of 131 times the average salary,” Elliott wrote.

But, the Guardian‘s reporter then spotted other issues with the study. In order to verify all of the information reported in the study, someone would have to go through the whole study to fact check, which isn’t possible. The Guardian decided to keep the article unpublished and retract it.

“This article was deleted on the 22 August 2014 because we are unable to verify the data provided by the High Pay Centre on which the story/poll was based.”

The Guardian also published a lengthy, detailed correction in its Aug. 20 corrections and clarifications column listing errors in the article. The correction reads:

“In an article about how much more bosses earn on average than their staff there were a number of errors as a result of inaccurate data supplied by the High Pay Centre, on which the story was based (Pay gap widens at biggest UK companies, 18 August, page 17). Mark Bristow, the chief executive of Randgold Resources, was paid £4.4m last year, which is 270 times more than the £16,412 earned by the mining group’s average employee, not 1,500 times as we had it. The mistake arose because the High Pay Centre stated that Bristow was paid 1,498 times more than the average salary of £2,968 per employee. In its calculations, the High Pay Centre wrongly included the 12,128 contract staff employed by Randgold, leading to a lower average pay per employee. In fact, Randgold employs only 2,979 people directly.”

For its part, the High Pay Centre has issued a correction on the top of its website’s report about the study. The correction says:

Chris Elliott’s column was Aug. 31, not the weekend of Sept. 20. We regret the error.