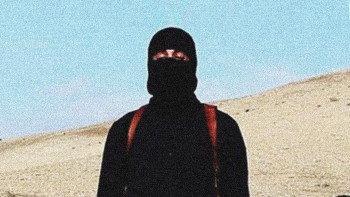 The guidelines recommend that staff don’t glamorize the terrorists, don’t overuse audio, try to keep images of hostages off of the front pages, and don’t just show hostages as captives.

The standards, according to Elliott are:

Guardian head of international news Jamie Wilson, who helped create the standards, reminded of the need to contextualize given that ISIS videos are propaganda, Elliott reported.

Pointing to the Jan. 4 photos of hostages, Wilson said the newsworthiness of the photos and story outweighed the reality of publishing propaganda.

“It is propaganda but it is also newsworthy when a man believed to be British is involved in murdering five people in the name of Isis and is making direct threats to the UK; it has a news value we cannot ignore,” Wilson told Elliott. He added that the newspaper is “very careful with images” and didn’t “show the weapon and we don’t show the perpetrator and the victim in the same shot.”

Elliott noted that The Guardian “was one of the only newspapers to pixelate the child’s face” given he is a minor who is being exploited. The Daily Mail, for example, used photos of the boy from the video as well as photos of a boy they think is the same, after a man came forward and said the boy was his grandson.  The Telegraph also showed unblurred images of the boy. The UK Express and Independent blurred the face of the boy. Print press regulator the Independent Press Standards Organisation told iMediaEthics by e-mail that it has received five complaints regarding “various stories relating to the boy.”

The young English-speaking boy says, “We are going to kill the kafir over there,” The Guardian reported at the time.

iMediaEthics has written to press regulator IPSO to see if it received any complaints over photos of the child. We’ve also reached out to the Telegraph and Daily Mail to ask why they didn’t blur the boy’s face.