Guilty or Innocent? Sun Journalists Trial: 2 Cleared, 4 to be retried, accused of paying for stories - iMediaEthics

Guilty or Innocent? Sun Journalists Trial: 2 Cleared, 4 to be retried, accused of paying for stories 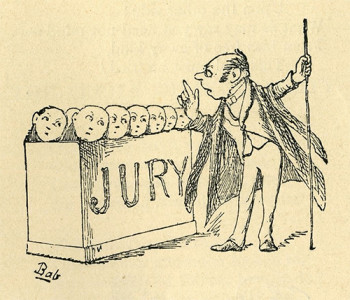 Two of six Sun journalists were cleared of accusations that they paid public officials like police and prison officials for stories. But the remaining four still face charges because a jury couldn’t decide if they were guilty or innocent. The six were all on trial together.

Troup, a Sun staffer of 16 years, one of the two to be completely cleared, had been accused of paying for a 2007 story “Hitman hanging,” Cambridgeshire, UK newspaper the UK Cambs Times reported. But, he didn’t even write the story.

Graham Dudman and Ben O’Driscoll were cleared of some but not all charges, and will go on re-trial with two other Sun journalists — head of news Chris Pharo and reporter Jamie Pyatt. Just this month, a retrial was ordered for the four, Dudman, O’Driscoll, Pharo and Pyatt.

The journalists are accused of paying for information for stories on Yorkshire Ripper Peter Sutcliffe, convicted in 1981 as a serial killer, and Mily Dowler, the teenager who went missing and was later found dead in 2002, according to the Press Gazette.

Before ordering a retrial, the judge in the original trial, which ended this month, said he wanted a verdict instead of a retrial, and even said he wouldn’t require the jury to come up with a unanimous verdict. Instead, he said that he would settle on a majority verdict of at least 10 jurors agreeing because the jury had been deliberating for so long, the Press Gazette reported Jan. 21.  But since the jury never came back with a verdict, the four journalists have to be retried, the Press Gazette reported Jan. 22.

The retrial will be this year, judge Richard Marks said, according to the Guardian, noting that some defendants lost their jobs because of the ongoing case and charges.

Guardian media columnist Roy Greenslade argued that it is wrong to retry the four journalists.

Read below tweets about the trial.

As iMediaEthics reported back in October when the trial started,  the six journalists all denied the accusations against them.

Reporter Pyatt confirmed during the trial he had paid two public officials for stories but stood by the payments because he said the stories were in the public interst, as iMediaEthics wrote last year. Pyatt said he paid for information for 24 of his 10,000 stories for the Sun.

The Sun declined to comment to iMediaEthics about the case as it is ongoing.

Guilty or Innocent? Sun Journalists Trial: 2 Cleared, 4 to be retried, accused of paying for stories

Can COVID-19 last on glass? How many ventilators? And, the cost of direct cash payments
Why CBC says documentary on Trial co-produced by lawyer's daughter not conflict of interest