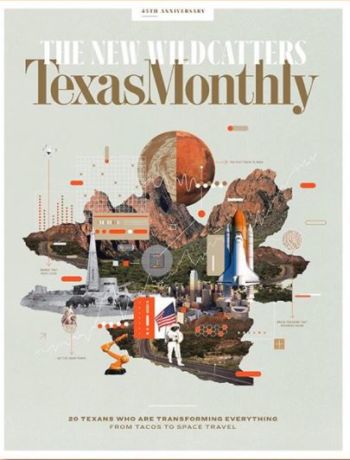 Texas Monthly hired an ombudsman after questions arose over whether the magazine engaged in pay-for-play by putting its story on Whitney Wolfe Herd, CEO of the dating app Bumble, on its cover.

Texas Monthly‘s editor-in-chief Tim Taliaferro “seemed to suggest that the magazine had entered into a partnership with Bumble,” Columbia Journalism Review reported, because Bumble said it would pay $25,000 to $30,000 to promote on social media the Texas Monthly story about its founder Herd. Texas Monthly’s website says it covers “news, politics, food, history, crime, music, and everything in between for more than forty years,” and it has a paid circulation of about 300,000.

Taliferro denied any deal with Bumble to put the story on the magazine’s cover, CJR noted. Taliaferro told CJR that Herd was put on the cover because “she was the most recognizable and star” in the issue. After that decision, Bumble said it would promote the story, Taliaferro said, and there was “no formal agreement” and “no money has changed hands.” Bumble also confirmed to CJR it didn’t make a pay-for-play deal with the magazine and said it typically pays for social media promotion on stories about Herd and Bumble.

(CJR, however, quoted from e-mails between Bumble and Taliaferro confirming Bumble would “commit to a $25K spend, as we know the web traffic is so important for [Texas Monthly] and is part of what we promised.”)

Bumble declined to comment on the record to iMediaEthics. iMediaEthics sent several questions to Texas Monthly, including asking when the decision to put Herd on the cover was made, when the discussions about social media promotion began, and how the ombudsman role will operate. The magazine’s PR firm responded with Texas Monthly chairman and CEO Paul W. Hobby’s statement saying, “The magazine did not and will not sell our covers” and “no money changed hands to promote any story.”

Hobby’s statement indicates that what went wrong was Texas Monthly’s Taliaferro’s “communications with Bumble publicists may have incorrectly appeared to be a blurred line between the editorial and business sides of the magazine.” As such, the magazine hired Rich Oppel to be a “third-party ombudsman,” Hobby’s statement says, adding: “He will review our processes and organizational structure and make recommendations for implementing every appropriate safeguard to protect our work.”