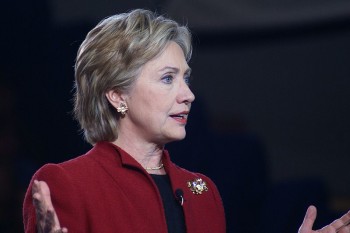 The Hillary Clinton campaign sent a long complaint to the New York Times over its coverage claiming she was being criminally investigated over her e-mail use.

As iMediaEthics previously reported, the Times reported last week that there was a “Criminal Inquiry sought in Hillary Clinton’s use of email.” But, there was no criminal inquiry requested – only a “security referral.” Further, Clinton wasn’t “the focus of the request for an investigation,” Times public editor Margaret Sullivan explained.

The New York Times‘ reporting was based on anonymous sources and, after publication, the Times removed the claim about it being a criminal inquiry, who the target of the requested review was, and the claim that two inspectors general wanted the review (only one did).

Sullivan called the reporting “a mess” and called out the lack of transparency and delays in posting corrections.

After Sullivan’s criticism, the Times published a July 27 editors’ note about its reporting, admitting it should have been more transparent with readers about the changes and errors.

Clinton’s communications director Jennifer Palmieri sent the host of complaints in a letter to Times executive editor, Dean Baquet, which was also published on Clinton’s website.

“I appreciate the fact that both you and the Public Editor have sought to publicly explain how this error could have been made,” Palmieri wrote. “But we remain perplexed by the Times‘ slowness to acknowledge its errors after the fact, and some of the shaky justifications that Times‘ editors have made.”

Palmieri wrote the Times is “arguably the most important news outlet in the world” and pointed out “literally hundreds of outlets followed your story, creating the firestorm that had a deep impact that cannot be unwound.”

“This problem was compounded by the fact that the Times took an inexplicable, let alone indefensible delay in correcting the story and removing ‘criminal’ from the headline and text of the story,” she added.

“Brian Fallon, the press secretary for the Clinton campaign, said Thursday that the campaign sent Palmieri’s letter to reporters because Baquet refused to publish it in the Times after receiving it on Tuesday,” according to Politico.

The New York Times‘ Eileen Murphy told iMediaEthics: “Our editor’s note and the public editor fully addressed the issues related to this story and we don’t plan to comment further.”

“Just as disturbing as the errors themselves is the Times‘ apparent abandonment of standard journalistic practices in the course of its reporting on this story,” Palmieri went on.

She argued the Times should have given “Far more care and due diligence” to its reporting, and it should have given the campaign more time to respond.  Palmieri said the Times asked for comment about the criminal referral angle at 8:36 PM. The campaign asked for more time to respond because it didn’t know about it, called back at 10:36 and 10:54 PM but no one responded. The Times then called the campaign back and said it already had published the story, she said.

“Not only did the Times fail to engage in a proper discussion with the campaign ahead of publication; given the exceedingly short window of time between when the Times received the tip and rushed to publish, it hardly seems possible that the Times conducted sufficient deliberations within its own ranks before going ahead with the story,” Palmieri wrote.

Palmieri also criticized the Times‘ “questionable sourcing” without “corroborating evidence” given that the Times didn’t see the alleged referral and attributed that information to “unnamed sources” who may not have seen it either. “This should have represented too many “degrees of separation” for any newspaper to consider it reliable sourcing, least of all The New York Times,” she wrote.

Palmieri also complained about the lack of transparency in correcting the report quickly and disagreed with Baquet’s contention the errors were “unavoidable” because she said it could have been if the Times had better evidence and gave the campaign more time to respond.