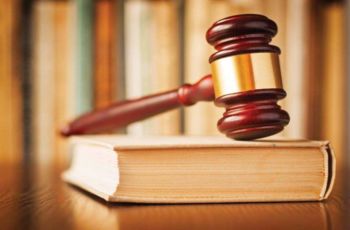 In November, Gallup reported that just a bare majority of Americans would rather the government approve new gun laws instead of only enforcing existing laws.

The previous month, however, referring to the very same poll (but different questions), Gallup came to a starkly different conclusion: “The great majority of Americans are in favor of more stringent regulation of the sale and ownership of guns in three ways that go beyond current law in most states.” (emphasis added)

How did Gallup find barely a majority of Americans supporting new gun laws and, in the same poll, find virtually everyone supporting at least one new gun law, with large majorities supporting each of the three new laws included in the poll?

The two Gallup reports in October and November were based on the same poll that was conducted Oct. 5-11. Numerous questions about guns (as well as other items) were included in the poll.

Q19 in the survey asked:

“Please say whether you favor or oppose each of the following: [RANDOM ORDER]

All of the items in Q24 represent potential “new” gun laws.  As Gallup acknowledges, while federal law requires background checks for most gun purchases, there are significant exceptions – and most states have not prohibited such exceptions. Also, there is no federal 30-day waiting period, nor a federal gun registry.

The truth is that most people are not aware of all the gun laws that currently exist, and whether such laws are being strictly enforced or not. The general question (Q19) itself implies that enforcement is lacking, that perhaps if laws were enforced more strictly, there would be no need for new laws to address gun violence.

Respondents who haven’t given the issue much thought might simply glom on to the implied solution. Others might well recognize that they don’t know all the gun laws out there, but certainly there probably are enough that, if strictly enforced, should do the job.

When respondents are asked the specific question (Q24) about three proposed gun laws, however, the issue of whether it’s a “new” gun law or not is simply irrelevant. If it seems like a good approach, they’ll favor it. Otherwise, they’ll oppose it.

Thus, in practice, the supposed trade-off between stricter enforcement vs. new laws is a red herring, as far as the public is concerned. People may think that new laws are not needed, but when asked specifically about many new laws, they indicate substantial support.

Why Gallup Included the General Question in Its Polls

Many opponents of gun control have argued in the past and continue to argue these days that new laws aren’t needed if current laws were strictly enforced.

In 2000, Gallup attempted to get at that sentiment among the general public by asking the general question analyzed in this article. The intent was to pose a trade-off between simply enforcing current laws more strictly, or – in addition – requiring news laws.

The results in 2000 showed a slim majority (51%) opting for strict enforcement only, with just 44% saying they favored new laws.*

Despite that 44% figure, in the same poll, large majorities expressed support for what in fact were new laws:

Thus, even when the question was first adopted by Gallup more than a decade and half ago, its results showed that though many people in theory said they didn’t want new laws, in practice – when given specific examples – large majorities supported new laws.

Why Gallup still does not acknowledge this contradiction between the two measures of gun laws, and the misleading character of the trade-off question, is a mystery.

Coronavirus errors: More news media corrections include how to disinfect
Sunday World claimed man who died from pneumonia died from a heroin binge