How to Report on Alleged Sexual Assault Victims: Advice from Canadian Ethics Committee 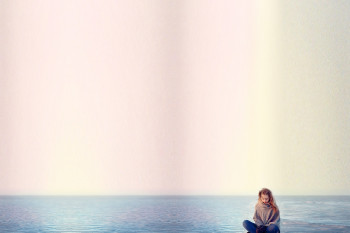 In Canada, several high-profile sexual assault allegations in recent months have shown the need for journalistic clarity when covering such stories. In particular, the sensationalizing that took place during the sexual assault trial against former Canadian Broadcasting Corporation host Jian Ghomeshi has inspired the Canadian Association of Journalists’ Ethics Advisory Committee to release new advice for journalists reporting on sexual assault complainants.

There are a handful of takeaways from this week’s paper on naming sexual assault complainants.

“This report addresses the ethics — not the law — of naming sexual assault complainants who wish to be publicly identified,” the paper explains. The CAJ defers to legal guidance about whether it’s OK to name a source and also points to its 2014 report on making sure sources have informed consent — whether they understand the implications of being a source for the media.

In Canada, journalists need to abide by any court bans against naming sexual assault complainants, CAJ notes, pointing out:

“From a purely legal perspective, most media lawyers believe that the ban is permanent unless varied or lifted by a court. Some media organizations, however, have adopted a practical perspective that it’s OK to identify without getting a court order if the victim wants to be identified and consents.”

However, the CAJ’s commitee notes that in a unique case dating to 2000, the Canadian Broadcasting Corp. got in trouble for breaking a publication ban when a victim consented to being identified by the CBC even while there was a ban in effect against identifying her.

The committee recommended journalists keep “a written consent document” or notes documenting that it discussed with sensitive sources the topics of consent and being named.

The CAJ also reminded journalists not to pressure sources for interviews or to be named.  “In sorting through the issues related to consent, a journalist should be aware of the fact that consent is not valid unless it is freely given, without any element of coercion or obligation,” the CAJ wrote. “A journalist should appreciate the potential power imbalance that may exist between them and the complainant.”

When interviewing a possible sexual assault victim, the CAJ recommended journalists suggest sources bring someone to support them, and give sources time to weigh the decision of going public in the media, writing:

“Given this apparent imbalance, the journalist should encourage the victim to bring one or more support people—such as a parent, sibling, friend, partner or lawyer—to any meeting in which the question of identity is discussed.”

On the journalists’ side, news outlets shouldn’t have too many people present “in order to not overwhelm the complainant.”

The CAJ also reminded journalists they must still fact check claims made by sources. “While uncomfortable, the verification process is necessary,” the committee wrote, pointing to the infamous Rolling Stone report “A Rape on Campus.”

However, if reporting on a case that has been through the courts, the CAJ says “we can rely on the rigor of the criminal justice process” to have given a level of fact checking to relevant claims.

How to Report on Alleged Sexual Assault Victims: Advice from Canadian Ethics Committee