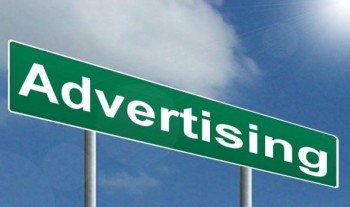 Sponsored content and native advertising is “not journalism,” the Canadian Association of Journalists’ Ethics Advisory Committee said about its new discussion paper on the topic.

“We considered it inappropriate for the CAJ ethics advisory committee to provide best practices or ethical guidelines for sponsored content, for a very good reason: It is not journalism, by the CAJ’s own definition,” a brief summary by Meredith Levine and Esther Enkin said. As such, the discussion paper said the committee wasn’t going to legitimize sponsored content by providing ethics guidance but instead highlight the ethics issues involved in handling sponsored content.

“This document is being issued as a ‘discussion paper’ rather than a formal report, because the CAJ Ethics Advisory Committee considers it inappropriate to provide ethical guidelines or best practices on sponsored content,” the paper, by Enkin, Levine and Tim Currie with research from Lindsay Fitzgerald, reads in part. “In our opinion, sponsored content is not journalism and is therefore beyond our purview. For a journalism ethics committee to draft such guidelines might, in our opinion, contribute to further confusion (both ethical and practical) about the lines between advertising and editorial.”

No matter how the content is created, it’s not journalism, the committee said. “The way this content is produced and the level of involvement of the private interest, or sponsor, may vary, but at the end of the day its primary purpose is to enhance awareness and promotion of a particular brand or issue. Thus: not journalism.”

After discussing the issue, the committee members pointed out the two major ethical issues with sponsored content — deception (“the value of sponsored content arguably depends on its ability to be mistaken for journalism content”) and conflict of interest (creating or promoting sponsored content for subjects of news coverage).

The discussion paper called for “strong and consistent guidelines to separate [sponsored] content from its journalism” because readers can be easily deceived.

Read the full discussion paper here or embedded below.

SPONSORED CONTENT: HOW SHOULD JOURNALISM ETHICS RESPOND TO ADVERTISING DRESSED UP AS JOURNALISM? by jsource2007

Last year, iMediaEthics wrote about the ethics committee’s paper on informed consent — basically, making sure sources knowing what they’re getting into by speaking with the media..