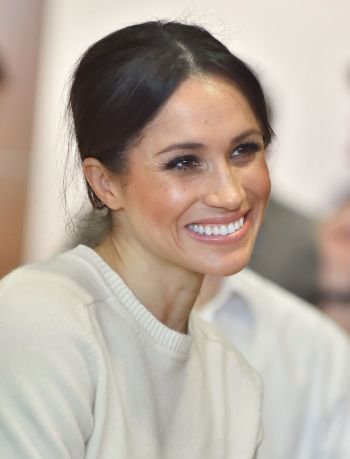 Meghan Markle is suing the Mail on Sunday after the tabloid published a private letter in what her husband Prince Harry says was “unlawfully in an intentionally destructive manner to manipulate you, the reader, and further the divisive agenda of the media group in question.”

She is suing over “misuse of private information, infringement of copyright and breach of the Data Protection Act 2018.” It relates to the Mail‘s publication of excerpts of a letter she wrote to her father.

A Mail on Sunday spokesman told iMediaEthics: “The Mail on Sunday stands by the story it published and will be defending this case vigorously. Specifically, we categorically deny that the Duchess’s letter was edited in any way that changed its meaning.”

iMediaEthics has written to the representatives of the royal couple.

Prince Harry also alleges the Mail on Sunday “purposely misled you by strategically omitting select paragraphs, specific sentences, and even singular words to mask the lies they had perpetuated for over a year.”

The lawsuit announcement came in a statement from Prince Harry on the couple’s website. The prince said Meghan Markle “has become one of the latest victims of a British tabloid press that wages campaigns against individuals with no thought to the consequences – a ruthless campaign that has escalated over the past year, throughout her pregnancy and while raising our newborn son.”

Noting the “human cost to this relentless propaganda,” the prince said they were finally suing after he had been “a silent witness to her private suffering for too long.”

The statement notes that the couple is paying for the lawsuit and plans to donate any damages to charity. The lawsuit also quotes their legal spokesperson as saying:

“We have initiated legal proceedings against the Mail on Sunday, and its parent company Associated Newspapers, over the intrusive and unlawful publication of a private letter written by the Duchess of Sussex, which is part of a campaign by this media group to publish false and deliberately derogatory stories about her, as well as her husband. Given the refusal of Associated Newspapers to resolve this issue satisfactorily, we have issued proceedings to redress this breach of privacy, infringement of copyright and the aforementioned media agenda”.

BBC called Muslim gesture an ISIS salute
Corrections: The Roomba didn't do it! Irish Libel Law, Irish or British, How many Troops Abroad?