How to Report on Child Abuse: Tips from UK Charity - iMediaEthics

How to Report on Child Abuse: Tips from UK Charity 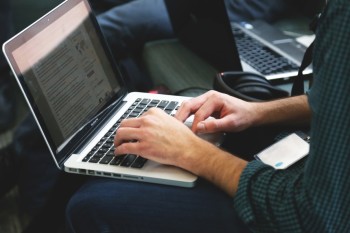 The National Association for People Abused in Childhood, a UK charity that advocates for abuse survivors, has released guidelines advising journalists how to sensitively report on child abuse.

NAPAC sent iMediaEthics a quote from its chief executive Gabrielle Shaw, which was previously published by the Guardian, about the media’s coverage of child abuse.

“The issue of child abuse is being much more openly discussed in the media and callers to NAPAC’s telephone support line often talk about how media coverage affects them,” she said. “Sometimes people call because a media portrayal of child abuse upsets them by reminding them of their own childhood. Sometimes people are angered about inaccurate assumptions about the nature of these crimes.”

“The media narrative around child abuse can play a major part in making survivors feel able to talk about the abuse they suffered.  Good reporting can improve understanding about how child abuse happens, reduce the stigma facing survivors of child abuse, assist police investigations and enable us to learn how and why we as a society failed children in the past.”

NAPAC recommended journalists ask sources how they want to be referred to — if they would rather be called a “survivor” or a “victim” or something else altogether. “Many adults who were abused as children prefer to be known as ‘survivors’ rather than ‘victims’ in recognition that they have survived what they have been through, and that they are not permanently stuck in that place of abuse as a ‘victim,'” the guidelines explain.

“Child abuse” is a broad term,” NAPAC reminds. “When adults are violently raped or tortured, it is described as serious crime. If you are referring to child rape, call it rape rather than abuse. Refer to sexual assaults and sexual crimes.”

NAPAC emphasized the importance of accuracy, noting that false or sensational reporting doesn’t help. “Inaccurate or manipulative reporting may lead to survivors being portrayed in the media as unreliable,” NAPAC says.

How to Report on Child Abuse: Tips from UK Charity