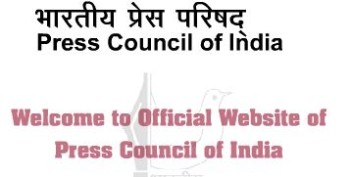 The head of India’s press council, Justice Katju, claimed that the media is on a “very poor intellectual level,” according to DNA India.

In response, the Indian Newspaper Society argued Katju “demonstrated a deep bias against members of the fourth estate” that may “adversely affect” the council.

Likewise, the International Federation of Journalists criticized Katju’s comments, saying it is “disappointed at his aggressive and rather disparaging tone,” according to India Today.

And, the Broadcast Editors’ Association slammed Katju’s “irresponsible and negative comments,” which the group called “disappointing,” according to The Hindu.

Katju’s statement can be read here on The Hindu’s website. He argued that India’s media should be more “progressive” and claimed that the Indian media “does not serve the interest of the people, in fact some of it is positively anti-people.”

Katju claimed that “there are three major defects in the Indian media.”

Katju suggested that outside of the Indian press council’s typical meetings, he meets in “informal get-togethers” with media outlets every other month and that the press council has powers to implement “harsher” penalties against electronic media.

iMediaEthics has written to the Indian Press Council for more information and will update with any response.