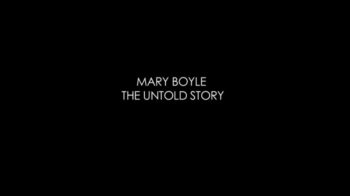 A screenshot from the opening of Gemma O'Doherty's documentary on Mary Boyle. (Credit: YouTube)

Irish newspaper the Sunday Independent claimed former Irish Independent journalist Gemma O’Doherty misled viewers with her documentary on the longest missing child case in Ireland, the case of Mary Boyle who went missing in 1977 at the age of 6.

Now, O’Doherty, who won a libel lawsuit against her former newspaper company last year, is suing the newspaper publisher yet again for libel. Her lawyer, Paul Tweed, declined to comment to iMediaEthics about the case or any other potential defendants. iMediaEthics has written to the Independent for comment as well.

O’Doherty claims the Sunday Independent‘s Aug. 14 article, “Second garda denies Mary Boyle cover-up” libels her, the Guardian reported. The article’s subheadline says “Retired sergeant alleges his comments to a documentary were ‘taken out of context.'” The author of the article, Maeve Sheehan, declined to comment to iMediaEthics.

The article reports, “Retired detective sergeant Aidan Murray, who featured in Mary Boyle: The Untold Story, has claimed the programme was ‘selective’ and ‘misleading’ in how it presented his interview.”

In the article, Murray claimed the documentary was “selectively edited to suggest that” one of his police interviews in the case was paused “because of political interference.” The article reported that O’Doherty “did not provide a comment for publication.

Last year, O’Doherty won “damages, costs and an apology” after the Independent fired her in 2013 and called her a “rogue reporter,” the Guardian noted. The “rogue reporter” claim and firing came after she began investigating the Irish police and contacted a former Irish police commissioner at home.

In the apology statement, Independent Newspapers said her work was “exceptional” and that she “has acted at all times in a professional and diligent manner and in the best interest of Independent Newspapers.” She had worked for “the company for more than 18 years, during which she had been responsible for breaking many major stories,” the Guardian reported in 2014.