In a Jan. 21 segment, Morgan made fun of a Chinese milk advertisement featuring Queen Elizabeth’s grandson, Peter Phillips. Morgan said, according to the Metro, “I don’t know the Chinese for “I only drink…” What’s it called? Ching chang cho jo.’” He later commented, “Surely you can take the mickey out of it! He’s using ching chang chong milk from the Chinese state – that’s what they said in the advert!”

His co-host countered that they were speaking Chinese, and Morgan said he was “trying to mimic” the ad.

ITV apologized in March saying, according to the UK Metro:

“GMB is known for its lively and robust discussion of the news agenda and recently covered Peter Phillips’ appearance in a Chinese milk advertisement.'”

“The discussion was focused on whether it was appropriate for members of the Royal family to endorse products abroad in this manner, and was live and unscripted. Piers Morgan’s comments, and his mimicking of the Chinese language in the advertisement, was a spontaneous reaction to the advertisement.

“These comments were intended to mock a member of the Royal Family and were not intended to mock or denigrate Chinese people, their language or accent. ITV regrets any offence Piers’ comments may unintentionally have caused.”

iMediaEthics has written to ITV. 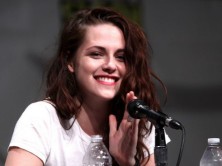 Was Kristen Stewart Gay Story Fake? Actress's Mom Says Mirror Made it Up