DC Metro Theater Arts, a performing arts website for Washington D.C., unpublished this summer a review of the play The Mikado after readers complained. But then, the site republished the review so readers can see what “started the debate.”

The Mikado, a “comic operetta” by W.S. Gilbert and Arthur Sullivan, is “a satire of Victorian culture masquerading as a convoluted and kitschy love story,” according to the New Yorker.

The July DC Metro Arts review by Bill Kamberger opened, “Full disclosure: I love The Mikado,” but soon noted that “controversy has dogged The Mikado from the beginning,” explaining that the performance would offend many Japanese people.

“After reading the comments of multiple readers who were highly offended by its defense of the original intent of The Mikado, a show widely accepted as an insensitive glorification of 19th-century Orientalism, I decided to pull the review,” DC Metro Theater Arts’ editor Nicole Hertvik wrote in an apology to readers.

“The review published on our site today was insensitive to the legitimate concerns of the Asian American population and to anyone who strives for equal opportunities in performing arts spaces,” Hertvik added. “We are deeply sorry for having published this content and welcome feedback regarding this or any of our reviews.”

Hertvik told iMediaEthics by e-mail at the time that the review was published for “about eight hours” before it was deleted. “I had not seen it during that period, as I have a team of trained editors who work directly with our writers to edit and publish some of our content,” she explained. “I saw the review, and the criticisms that had come in at about 10 pm on the day it was published (July 18). I read the review carefully as well as the criticisms that had come in about it and made the decision that the accusations of cultural insensitivity had merit.”

Hertvik added in the apology that the theater community is trying to determine “how to deal with dated material” and acknowledged critics also must consider this and note “the problematic historical context of the show.” Via e-mail to iMediaEthics she noted that “the issue of race and representation in theater” is a hot topic right now for everyone from theaters to actors and critics. “The intersection of representation in theater and theater criticism is a major conversation that needs to be had and I hope this incident will be a catalyst for that conversation,” she wrote.

Hertvik continued to note that the reviewer, Bill Kemberger, asked to be assigned to review The Mikado and that he is still writing for the site. She added:

“The fact that Bill Kemberger spent so much time defending and interpreting the original intent of The Mikado before delving into the technical aspects of this particular production is where the review ran into trouble, but it does raise the larger question: What is the responsibility of a reviewer and a publication in weighing the politics and history of the material they review? Can the history of a show be ignored in reviews in favor of a focused look at the technical aspects of the particular production at hand? To what extent should the writer’s personal background and biases be present in the review? There are a lot of questions to be asked without easy answers.”

Was the Nairobi Star a victim of Fake News?
UK Mail Takes Down 'Swingers Festival' Story & Photos after Complaint 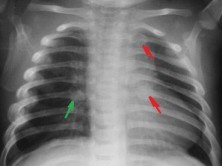 Were an infant's disabilities after abuse news or invasion of privacy?