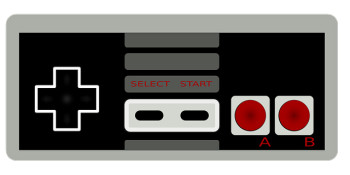 Despite having made the claim since the 1980s, writer Seiji Yoshida did not kidnap 200 women during World War II to act as “comfort women” doing brothel work to service Japanese soldiers.

The Asahi Shimbun, the “second largest circulating daily newspaper” in Japan whose 7.6 million morning newspaper circulation dwarfs that of U.S. news outlets, fell on its sword this summer and admitted Yoshida made up his claims, which the newspaper published in at least 16 stories since 1982.

But that wasn’t the only major gaffe The Asahi Shimbun has recently admitted. The newspaper issued two other noteworthy retractions this summer, calling its credibility into further question.

In addition to retracting Yoshida’s claims about abducting women for forced work in brothels, the newspaper also admitted that its story this year claiming workers at the Fukushima nuclear plant disobeyed orders and fled the plant during its nuclear disaster was false. The newspaper had misinterpreted documents. The government had to release testimony from the plant manager, against the stated wishes of the now-deceased manager, in order to dispel the false information published by The Asahi Shimbun.

And, in September, the newspaper also admitted that it had fabricated a 2012 interview with the president of Nintendo. The paper didn’t actually interview him. Instead, his comments were taken from an interview on the Nintendo website and printed as if they were contained in an Asahi Shimbun interview.

While the three lapses — the fake interview, the incorrect Fukushima reporting and the bogus sex worker claims — covered stories spanning from 1982 to May 2014, the fact that all three claims and retractions were high-profile and that all three retractions came within a month of each other has been a huge blow to The Asahi Shimbun.

The first retraction came in August and addressed reporting that originated decades ago about World War II comfort women.

The reporting was based on author Seiji Yoshida’s claims that “he had taken part in abducting 200 women on Jeju Island during the war,” the Wall Street Journal reported. “The women were forced to become ‘comfort women,’ or workers at sex brothels for the Imperial Japanese Army, according to his testimony.”

The Asahi Shimbun began reporting on Yoshida’s “comfort women” claims in Sept. 1982, and continued into the 1990s in a total of “at least 16 articles,” the newspaper’s website said.

The newspaper retracted the claims admitting

“We have judged that Mr. Yoshida’s statement, in which he said that he took comfort women by force from Jeju Island, was fake, and we retract the article.”

The newspaper added, “at the time we could not figure out that the statement was false.”

The Asahi Shimbun said in its retraction that it finally investigated Yoshida’s claims this year, prompting the retraction. “In April and May 2014, The Asahi Shimbun interviewed a total of about 40 people in their late 70s to 90s living on Jeju. However, no evidence was obtained that supported the writings by Yoshida about forcible taking away.”

Further, there were discrepancies between his story and evidence the paper did find, like Yoshida’s claims women worked at a fish plant (the paper says their research says no women worked at the plant then) and that the factory’s roof was “thatched” (photographs show it wasn’t).

The Asahi Shimbun went on,

“We have made the judgment that the testimony that Yoshida forcibly took away comfort women on Jeju was a fabrication. We retract our articles on him. We were unable to uncover the falseness of his testimony at the time the articles were published. Although additional research was conducted on Jeju, we were unable to obtain any information that corroborated his testimony. Interviews with researchers have also turned up a number of contradictions regarding the core elements of his testimony.”

Next, the newspaper retracted and apologized for an article about Fukushima’s nuclear disaster Sept. 11, the New York Times reported.

The Fukushima story in question was published May 20 and quoted from an unreleased transcript of Fukushima plant manager Masao Yoshida’s interviews with the government about the 2011 disaster. The paper claimed that “about 650 workers disobeyed orders and fled.”

That number would be almost all of the workers — a total of 90% of staff, according to the retraction.

However, other news outlets reported that Yoshida, who died of cancer last year, said the workers left the plant because of “miscommunication,” the New York Times reported.

The Japanese government decided to go against Yoshida’s wishes and “released the text of his interviews,” the Times said.

“His original concern that his story would develop a life of its own without verification came to be realized. We think it would lead to a result that is against his will if we don’t disclose it,” government spokesperson Yoshihide Suga said, explaining why the government was releasing the documents.

The Asahi Shimbun‘s Sept. 11 retraction, published atop the article, admitted that the paper’s reporter misread the testimony.

“As a result of subsequent detailed in-house checking, however, we judged that our reporters made a wrong appraisal in the process of reading and understanding Yoshida’s testimony. We judged that it was an erroneous article that said many TEPCO and other workers withdrew from the plant against the order, giving the impression that they had abandoned the site.”

The newspaper added, “We judge all expressions suggesting that they withdrew against the order were erroneous. We retract the article and deeply apologize to our readers and all TEPCO workers.”

Finally, Sept. 14, the newspaper apologized for and admitted to faking an interview published back in June 2012.

The June 8, 2012 article was a report “featuring interviews with several major game makers,” the Japan Times reported. The newspaper said it tried to interview NIntendo president/CEO Satoru Iwata but didn’t score one. So, instead, it pulled comments Iwata made in a video from the Nintendo website and tried to pass it off as its own interview.

Nintendo had complained about the video report, which was headlined “How to deal with the era of social [media]? Interviews with 4 major game makers,” according to The Japan News.

The Asahi Shimbun‘s Sept. 14 apology admitted,  “We should have clearly stated that the remarks were taken from the video footage.”