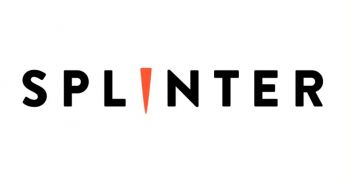 Jason Miller, a former campaign communications adviser for Pres. Donald Trump, resigned from CNN as a commentator last month after Gizmodo Media’s Splinter website published a story reporting an allegation that he slipped an “abortion pill” to a woman.

Now, Miller is suing Gizmodo Media Group and Splinter‘s managing editor Katherine Krueger for that story, alleging the story is a false “plot” and a “terrifying example of how people can use false accusations of violence against women to destroy someone’s life.” Miller’s lawsuit calls for more than $100 million plus “interest, costs and attorneys’ fees.” He also wants the advertising money made from the article in question.

A spokesperson for Gizmodo Media Group told iMediaEthics by e-mail, “We have not yet been served with the complaint, and will respond more fully when we have had a chance to review it. GMG stands by its reporting and its reporter.”

Gizmodo Media Group includes websites formerly owned by Gawker Media. Gawker Media sold its websites for $135 million in 2016 and shut down the Gawker website itself after Hulk Hogan won a $140 million lawsuit against Gawker, as iMediaEthics has reported.

A copy of the lawsuit is posted by Courthouse News. Because of the story, Miller’s lawsuit says he has been “harassed and threatened online” and his life has “been permanently scarred.” Miller claimed that Gizmodo didn’t fact check and “turned a blind-eye to basic journalistic ethics, policies and procedures.” Miller’s lawsuit argues the article isn’t “protected by the fair reporting privilege” because the documents were sealed.

Splinter‘s Sept. 21, 2018 story was headlined, “Court Docs Allege Ex-Trump Staffer Drugged Woman He Got Pregnant With ‘Abortion Pill.'” It reported that the legal team for A.J. Delgado, who Miller impregnated her in an extramarital affair, claimed Miller also impregnated another woman, who he allegedly gave an abortion pill that almost killed her. During the Trump campaign, Miller and Delgado, also a former Trump campaign staffer, had an affair which resulted in a pregnancy and the two have been in a custody dispute, which is where the court documents cited by Splinter originate. In a statement that was apparently added after publication, Miller’s lawyers denied the claims, saying he didn’t know the woman in question and “never engaged in the actions” in question.

Courthouse News explained: “Generally, a protection known as the fair report privilege shields journalists from defamation claims for reporting on court filings, police reports and other public documents. But Miller says that because the family court filing at issue was sealed, the journalistic protection does not apply.” 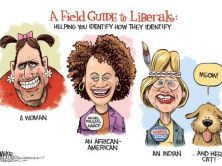