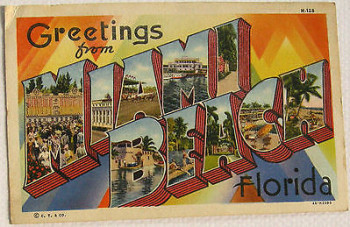 Want to know more about Gamergate? And how to report on Gamergate, both fully and ethically?

The SPJ in Florida is tackling the complicated subject, as well as important issues of how to report on online movements, next month in a one-day conference that will also be streamed online.

“What is gamer gate – even that is controversial, both sides don’t even agree on the definition,” SPJ Region 3 director Michael Koretzky said to iMediaEthics. On the website for the event, SPJAirPlay.com, the What is Gamergate controversy is summarized thus:

“GamerGate proponents argue it’s really about ethical breaches in video-game journalism, while their opponents say that’s just a smokescreen for harassing women who want to assert themselves in the gaming industry and its culture.”

Journalists and a handful of GamerGate supporters who agreed to use their real names are participating in the debates. (The list of speakers is here.) SPJ AirPlay’s website notes that “Anti-GamerGate (known as AGG) is “boycotting AirPlay” but “if AGG leaders change their minds, they are welcome at AirPlay.”

“If civilians want to know about the SPJ code of ethics, I’m all in,” Koretzky said.

The debate and discussion of covering GamerGate isn’t a one-off issue — Koretzy pointed out to iMediaEthics that in the future, journalists will be covering online movements, organizations and debates more and more, and as such, need to figure out how to report on them. GamerGate is good starting point.

“No one has done a particularly good job” covering GamerGate, Koretzky lamented, arguing that most of the coverage isn’t largely investigative journalism but more opinion or personal takes on the issue.

“No one is obligated to cover GamerGate, but when you consider how big these online movements are and the audience that they reach,” Koretzky said.  “At some point, newspapers, mainstream journalists are gonna have to catch up with some general rules.” And to begin, journalists have to do a good job clearly identifying what is going on.

On the other hand, GamerGate is a “leaderless movement, all online,” Koretzky pointed out. “There’s nowhere even to go in the physical world. You can’t just ignore it because it’s all anonymous sources, but you can’t quote people on Reddit….you gotta do better than that.”AirPlay is sponsored by the regional SPJ Region 3 chapter and local SPJ Florida chapter, not the national SPJ chapter.

Koretzky has two goals for the event.

The GamerGate event is Aug. 15 in the Koubek Center, Miami and will be live streamed on SPJAirPlay.com and other sites.

For more information about the event, AirPlay’s contact is spjairplay@gmail.com.