Katie Couric Under the Gun Documentary under Fire for Misleading Edit 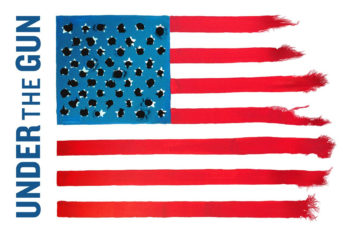 (Credit: Under the Gun movie poster)

A Katie Couric documentary entitled Under the Gun is drawing considerable fire. In the documentary, for which Couric was executive producer as well as the interviewer, a long pause was inserted between a question and answer, making it seem as though gun rights activists were stumped by a question.

The director of the documentary on gun violence and gun control, Stephanie Soechtig, argued that the nine-second pause was added for effect, to emphasize the question, which was

“If there are no background checks for gun purchasers, how do you prevent felons or terrorist from walking into, say, a licensed gun dealer and purchasing a gun?”

In a statement to Wemple, which was also sent to iMediaEthics by a PR rep on behalf of the movie, Soechtig said

“There are a wide range of views expressed in the film. My intention was to provide a pause for the viewer to have a moment to consider this important question before presenting the facts on Americans’ opinions on background checks. I never intended to make anyone look bad and I apologize if anyone felt that way.”

Couric said in a statement sent to iMediaEthics by the PR rep “I support Stephanie’s statement and am very proud of the film.”

EPIX’s Nora Ryan said in a statement to iMediaEthics

“Under the Gun is a critically-acclaimed documentary that looks at the polarizing and politicized issue of gun violence, a subject that elicits strong reactions from people on both sides. EPIX stands behind Katie Couric, director Stephanie Soechtig, and their creative and editorial judgment. We encourage people to watch the film and decide for themselves.”

Wemple criticized those statements and commented, “An apology, retraction, re-editing, whatever it is that filmmakers do to make amends — all of it needs to happen here.”

Katie Couric Under the Gun Documentary under Fire for Misleading Edit