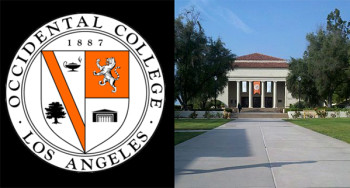 The Los Angeles Times fired one-time Pulitzer Prize finalist staff reporter Jason Felch for having an undisclosed “inappropriate relationship with a source.”  The Times discovered that relationship while investigating complaints about the accuracy of Felch’s December article on sexual assault at Los Angeles’ Occidental College.

The news about Felch’s firing and the significant error in his December 7, 2013 front-page article, “College received more sex assault allegations than it reported,” came in an editor’s note published by the Times March 14.

Felch, who was a Pulitzer Prize finalist in 2006, came clean about his relationship after the Times investigated the accuracy of his article on Occidental, following a complaint from the college. While the Times didn’t offer too much information about how key the person was as a source for Felch’s article, according to the Times, the person was used as a source for his articles about “Occidental’s handling of sexual assault allegations.”

The inappropriate relationship was “a professional lapse of the kind that no news organization can tolerate,” Times editor Davan Maharaj told the Times. “Our credibility depends on our being a neutral, unbiased source of information — in appearance as well as in fact.”

According to the editor’s note, the Times “repeated the original error” from Felch’s article in two follow-up reports, which also carry Felch’s byline. The Times has published the editor’s note on all three articles that contained the error.

iMediaEthics has left a voicemail with Occidental College’s communications office asking for comment. We’ll update with any response.

Error in the story

Felch’s article had claimed the college had been “underreporting … sexual assault allegations,” which would be “a potential violation of federal law.”

However, the Times editor’s note explained that the article’s claim was wrong because “the 27 incidents did not fall under the law’s disclosure requirements for a variety of reasons.” The editor’s note said:

“Some were not sexual assaults as defined by the Clery Act. Rather, they involved sexual harassment, inappropriate text messages or other conduct not covered by the act. Other alleged incidents were not reported because they occurred off-campus, beyond the boundaries that Occidental determined were covered by the act. Some occurred in 2011, and the college accounted for them that year.”

In a statement to the Associated Press, Felch said “I accept full responsibility for what I did and regret the damage it has done.”

Felch sent iMediaEthics a lengthy statement in which he says he stopped using the source after he “began an inappropriate relationship with a confidential source that lasted several weeks.”

He said he “voluntarily” told the Times after the newspaper’s editors started looking into the accuracy of his article. He said that his report was “based upon a confidential Clery Act complaint” that was “supported by other documents and interviews.” He added that Occidental College wouldn’t comment to him before his story was published and the college didn’t complain until three months after the story was published.

The full statement is below:

“In late December, I began an inappropriate relationship with a confidential source that lasted several weeks. When the relationship began, I stopped relying upon the person as a source. None of the subsequent articles published in the LA Times relied upon the source.

“Weeks ago, I voluntarily disclosed the relationship to my editors and cooperated with their investigation. On Friday, I was fired for creating the appearance of a conflict of interest. I accept full responsibility for what I did and regret the damage it has done to my family and my colleagues at one of the nation’s great newspapers.

“On December 7th, weeks before the start of that relationship, I wrote an article that stated, among other things, that Occidental College had failed to disclose 27 sexual assaults in 2012. The claim was based upon a confidential Clery Act complaint now being investigated by federal authorities. The allegation was supported by other documents and interviews that indicated Occidental’s dean of students had told faculty in the Fall of 2012 that there had been 34 sexual assaults that year. Occidental disclosed seven.

“Before publication, Occidental declined to comment on the allegation, and refused to make the dean or other college officials available for interviews. For three months after the story appeared, Occidental raised no objection to the account. The college had previously acknowledged failing to disclose two dozen other sexual assaults, in violation of federal law.

“Last week, Occidental provided my editors with new information suggesting that, under federal reporting guidelines, the college was not required to report the 27 complaints made in 2012. If their account is true, I deeply regret the error. My other coverage of Occidental and other colleges’ failure to disclose sexual assaults has not been challenged.

“In my ten years as an investigative reporter at the Los Angeles Times, I have always held accuracy and fairness as my highest duty to our readers. Despite my errors, I hope to be able to uphold that standard again.”