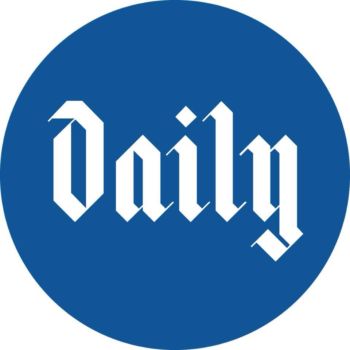 College newspaper the Daily Campus apologized to readers Oct. 14 for an “insensitive headline” that read “I hate black people” in large font.

The Daily Campus’s editor Anna Aldrich told iMediaEthics by e-mail, “I received two direct emails from people who relayed concerns of themselves and other members of the community who had spoken to them about the headline.”

The headline ran in the Oct. 8 edition of the Daily Campus, the independent newspaper for the Univ. of Connecticut.

“The Daily Campus realizes we could have conveyed the main information of the story just as effectively without the unnecessary shock value of the quotation being such a prominent element of the headline,” the Daily Campus said. The apology further notes:

“We have already had conversations with our entire staff about why this headline was inappropriate. We have encouraged our staff to readily engage in a conversation about sensitive topics in the stories we report in the future. The Daily Campus is aware of the impact our content has on the UConn community. With that, we must take active steps to ensure our paper is created responsibly and respectfully. “