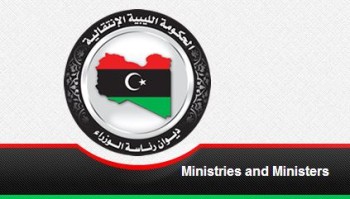 A screenshot from the Prime Minister's website. (Credit: pm.gov.ly, screenshot)

Several news outlets, including the Daily Mail, Reuters and the Guardian, were hoaxed by a fake Twitter account purporting to be that of Libyan prime minister Ali Zidan, who was briefly kidnapped this week.

The Libya Herald, a Libyan “online newspaper” that was set up 20 months ago, also reported that a spokesperson from Zidan’s office confirmed the Twitter account was fake. “The accounts with similar names have no connection to him,” the spokesperson is quoted as saying. iMediaEthics has reached out to the government for further confirmation.

News outlets and followers were more easily duped by the fact that the tweeter behind the account used a Twitter background that made it appear the account was verified by Twitter as authentic, according to Storyful’s managing editor Markham Nolan.  See below.

However, as the account got more attention this week, the image was changed, Nolan wrote.

“After regaining his freedom, the prime minister tweeted: ‘I am fine, thank God. If the aim of the kidnapping operation was for me to present my resignation, then I won’t resign. We are taking small steps, but in the right direction.'”

Likewise, Reuters reported on the same tweet in an Oct. 10 story, “Libyan PM says fine after former rebels free him.” Other outlets that quoted the tweet attributed to Zidan include The Irish Independent and The UK Telegraph.

Reuters later sent out an “advisory” admitting that the tweet was phony. The advisory reads:

“Please be advised that the TRIPOLI story reporting that Libyan Prime Minister Ali Zeidan had sent a Twitter message which said his captors wanted him to step down is wrong. The Twitter account was fake and was not Zeidan’s. The story is withdrawn.

“There will be no substitute story.”

The Guardian unpublished an entry on its live blog about Zidan’s kidnapping that cited a fake tweet from the account. The entry has been replaced with a note saying the Guardian wasn’t sure about the Twitter account’s authenticity. It reads:

Based on the timestamp of the update, it appears the fake tweet was posted for about 40 minutes before the Guardian unpublished.

See below the tweet that the five news outlets reported on.

iMediaEthics has reached out to the Guardian, Reuters and the Daily Mail and will update with any response.