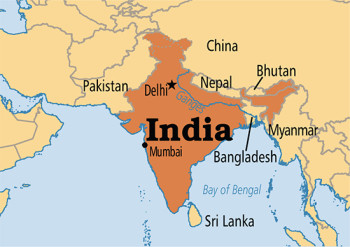 Major topics at the Feb. 3-4 conference included the Indian media’s reaction to the UK Leveson Report and the decision to create a media ethics code for all of India, iMediaEthics has since learned from organizers and speakers at the event.

“The British government stoutly defends and continues to defend freedom of expression, even when it disagrees with what the Press is saying or how the Press goes about saying it,” Fernandez added. The commission in Chennai handles the relationship between the UK and India.

Speakers included the Reuters Institute for the Study of Journalism’s David Levy and John Lloyd, and the Financial Times’ managing editor James Lamont.

Stephen Pritchard, the readers’ editor for the UK Observer and chairman of the International Organization for News Ombudsmen, was another of the speakers at the conference. Last month, in response to our inquiry, he sent us his column for the Observer about the Chennai event.

The British High Commission’s Fernandez told iMediaEthics that the event was “organised by the Media Development Foundation and Asian College of Journalism and PANOS (South Asia) and supported by the British Deputy High Commission, Chennai.”

A plan to create a new ethics code for India was one of the results of the conference.  Pritchard wrote in his column for the Observer that “The Reuters Institute for the Study of Journalism will help draft this and I have offered the input of the Organization of News Ombudsmen.”

John Lloyd, from the Reuters Institute, told iMediaEthics by e-mail that there is no formal plan or timeline in place for the code.

“We had a discussion with people from The Hindu newspaper and from the College of Journalism in Chennai about a code of ethics; but we haven’t got to any thing other than mutual interest,” he wrote. “We’d like to see a centre for journalism on the lines of the Reuters Institute which would concentrate on journalism ethics – a number of Indian journalists who are or have been Reuters fellows at the Institute have called for it. But we need money, and we haven’t found it yet.”

Pritchard’s column interestingly noted that he saw journalists paying close attention to the UK Leveson Report. The Leveson Report, as you may remember, was Lord Justice Brian Leveson’s 2012 report, created after the inquiry he led “into the culture, practices and ethics of the press.” (For more on the report’s findings, see iMediaEthics’ story.)

“Its media are clearly worried by Leveson and asking questions: should India legislate or should the media improve their self-regulation, both as a sign of commitment to ethical journalism and also as a buttress against tighter state control?” Pritchard wrote.

Pritchard attended the conference to explain how ombudsmen work in helping regulate the media, he wrote. “I was there to promote the fact that news ombudsmen or readers’ editors offer an instant form of media self-regulation, an idea already enthusiastically endorsed at the Hindu, and one that other Indian media are exploring,” Pritchard’s column said. The Hindu has had some form of a readers’ editor since 2006.

According to Pritchard, editors at the conference also questioned if UK media problems applied in India, citing instead the Indian media’s problems with media monopolies and corruption.

“Echoing British objections to the Leveson report, Krishna Prasad, editor-in-chief of Outlook, said media ownership, not its content, should be regulated,” Pritchard wrote. Prasad’s concerns about media monopolies in India is an issue iMediaEthics has covered previously.