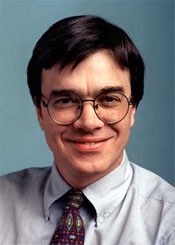 The Miami Herald has an update on how things are going with its new donations system. Herald Executive Editor Anders Gyllenhaal writes that, so far, the donation link now printed at the end of Herald web stories has “elicited an encouraging stream of gifts.”

Interestingly, like with the Duluth News Tribune–another newpaper now accepting contributions for online content–it seems the idea to start accepting donations from readers came at least partly from readers themselves. “A longtime reader called recently with an unusual response to one of our investigative projects,” Gyllenhaal writes. “As an online customer of The Miami Herald, he said, he wanted to make a contribution to support aggressive journalism.”

Also like the News Tribune, the Herald initially looked this gift horse in the mouth– unprepared at first to accept money donated on the fly. “The answer was, well, no,’ Gyllenhaal explains. “While The Herald happily accepts payments for subscriptions, ads, Wish Book donations and the like, we weren’t set up for the idea that readers might want to pull out their checkbook or credit card to support journalism.”

Now the Herald has implemented just such a set up, at least for credit cards. Gyllenhaal writes,

We think of this as a way to try something new at a time when the Herald has dozens of experiments under way. We hope it helps us explore how readers view this whole equation. It also responds to the small but steady group of readers who, like the caller the other day, have asked how they can contribute.

StinkyJournalism has written before that the new system raises interesting ethical questions about how this pocket change will actually go toward funding the news. Will it pay salaries? Will it underwrite investigative journalism? A bag of Skittles? Though crowdfunding sites like Spot.Us, have raised thousands of dollars to fund journalism through small donations before, it’s hard to imagine voluntary contributions could make much of a splash in the Miami Herald’s full operating budget. Gyllenhaal says gifts so far have ranged from $2 to $55.