Was a UK man really killed by Yorkshire pudding? - iMediaEthics 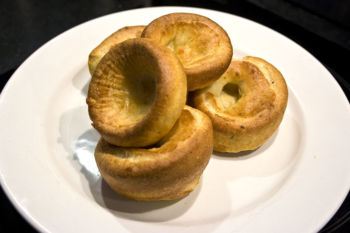 The UK Daily Star reported that a man was killed by a Yorkshire pudding after choking.

But the man’s daughter complained to the UK press regulator the Independent Press Standards Organisation arguing the article was inaccurate and sensationalized her father’s death.

According to his daughter, her father died from a “tragic accident” and the inquest, or investigation into his death, didn’t say Yorkshire pudding was involved. iMediaEthics asked the coroner’s court to ask if the inquest mentioned or discussed pudding. A representative from the court told iMediaEthics “The conclusion of the Inquest did not state what he had choked on. Mr Stefan Laws choked while eating a chicken roast dinner what included yorkshire pudding but it was not stated that he choked on this alone.”

iMediaEthics has written to the Star‘s publisher Reach PLC for its response to the ruling.

However, because the Star‘s reporter had notes saying the paramedic who helped her father said he found “potato, peas and Yorkshire pudding” in his airway, and that he had choked, the Star argued its report was accurate. And, because the newspaper presented those notes, IPSO ruled in favor of the Star.

“As the publication had provided evidence that this was heard during the inquest, and the complainant accepted that her father had choked while eating a roast dinner, it was not misleading to report that he had been killed by a Yorkshire pudding,” IPSO reported.