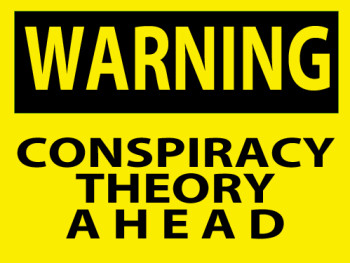 The International Business Times unpublished a story that suggested that Mossad, the Israeli intelligence agency, carried out the attack on the offices of the satirical magazine Charlie Hedbo.The Jan. 8 story’s headline was “Charlie Hebdo Attack and Mossad Link: Is Israel Venting Its Fury for France’s Recognition of Palestine State?.”

According to a screenshot of the article posted on Twitter, the International Business TImes said that “Mossad of Israel is a prime contender” for who was behind yesterday’s attack on Charlie Hebdo.

“It is believed that Israel has a grouse against France, especially because French MPs voted in favour of recognising the Palestinian state and also France voted against Israel at the UN recently, conspiracy bloggers such as ‘Aangirfan’ note,” the article said.

iMediaEthics asked IB Times editor-in-chief Peter S. Goodman for more information about the article and how it made it to publication. “The article was published by our site in India, which serves an Indian audience. It was edited in Bangalore,” Goodman wrote. “Complaints on social media drew the attention of our editors in New York and we immediately took down the offending story and issued an apology.”

Goodman went on, “That story does not represent journalism in any sense and it has no place on our site. IB Times is a fast-growing global operation and we have substantially changed our culture in the last year, elevating our standards. This is a process, and there will inevitably be problems, but we are fully committed to eliminating stories that no pass muster and replacing them with quality work.”

Below see a screenshot of the article.

In a tweet responding to a critical reader, IB Times editor Goodman commented that the story was yanked for a “breach of standards” and that the publication “will do better.”

@uriahc @IBTimes we have taken that story down. breach of standards. to be replaced with needed apology. we will do better

Now, in place of the article is an editor’s note and apology that reads:

“A story reporting on conspiracy theorists who allege a link between Israeli intelligence and the Paris shootings should never have been published and we have therefore removed it from our site. The story was beneath our standards and we apologize for this basic lapse in judgement.”