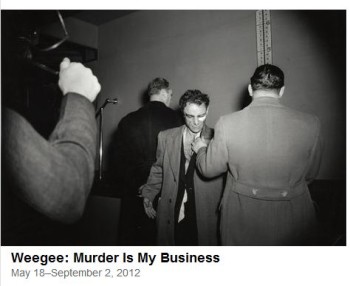 In the past week, a whole lot of shaking of heads has been going on in newsrooms across America about the printing and broadcasting of graphic photographs from a murder scene near the Empire State Building on August 23.  A disgruntled former employee of an apparel company gunned down the company executive whom he blamed for his firing two years earlier and then the murderer himself was gunned down by police officers but not before the cops’ errant bullets sprayed onlookers with lead. The Wild West comes to Manhattan!

When a bunch of bullets are fired on a busy Manhattan streets like this it is inevitable that blood will flow in streets and onto sidewalks—in addition to the two deaths, nine bystanders were wounded by bullets or bullet fragments . Thus, any photograph from the crime scene will be, by definition, graphic in its depiction of blood and prone bodies. Nonetheless, much soul-searching ensued among news editors of the country as the sensibilities of readers and viewers were weighed against the calling of journalism to report the truth.

How quaint this all seems. Does it mean we have evolved as a species? For possible evidence of the latter, you only need to walk ten blocks from the scene of the murder, to the International Center for Photography (114 Sixth Avenue).

Here you will find, at least until the end of this week (Sept. 2), an exhibit called “Murder Is My Business,” a gleeful romp through the blood-splattered career of  Arthur “Weegee” Felig (1899-1968), a freelance photographer (back in the day, one did not use the term “photojournalist”) whose specialty was capturing murder scenes. When Weegee wasn’t happily snapping bullet-riddled corpses in the streets, gutters or doorways of Manhattan, he was shooting scenes of fires, car wrecks, drug and numbers prostitution busts and other assorted human tragedy and mayhem.

Weegee had no qualms about shooting these photographs—after all, his memoir was entitled Murder Is My Business. He knew he was working in what ICP curator Brian Wallis calls “the catfish of the journalistic profession”—that is, he was a bottom feeder. But, as the saying had it back then as it does now (though shrouded in the sort of hand-wringing that greeted the Empire State Building pictures), “if it bleeds, it leads.” Weegee made a handsome living in the years between 1930 and 1960 providing the gore for editors of the numerous New York dailies, not one of whom ever stopped to weigh the ethical issues that paralyze newsrooms today—at least those newsrooms that aren’t part of Rupert Murdoch’s News Corporation empire.

Weegee worked mostly the night-beat. He kept a dump of a studio apartment near police headquarters and slept beside a police radio so that he often arrived at the scenes of murders and other crimes before the cops did. He used a large format black-and-white camera with a flashbulb attachment, which produced what Wallis calls “gritty, high-contrast” pictures that became his signature and, because of his own celebrity, his style became the signature of tabloid journalism in America. Not only did Weegee capture the blood-spattered corpses of murder victims, he also trained his lens on the entire scene, capturing the whole sordid human tragic-comedy—bemused gawkers, world-weary cops, grieving relatives, greasy, flyblown surroundings. A typical Weegee murder scene, included here, would a body of a corpse twisted in its final agony beneath a movie marquee that announced that week’s feature film: “Joy of Living.” His beat was humanity at its absolute worst moments. Indeed, his most interesting and telling photographs are of the people off to the side of the crime, the ones craning their necks from rooftops or fire escapes, laughing and pointing.

To run or not to run such photographs, that may be the question today, but this exhibition raises a few other ethical questions that photojournalists would do well to ponder.

For example, because Weegee often arrived before the cops and because he was so well-known by the cops, he would walk through the crime scenes shooting photographs right and left, perhaps even disturbing evidence and certainly violating any sense of decorum or dignity that should always be present at sudden, tragic death.

He arrived, for example, at a candy store in which the victim was splayed across the door’s entrance. Behind the corpse, a dog was baying madly in an attempt to protect its owner. Weegee simply raised the camera and shot photographs of the dog (amazing that he was never ripped to pieces for such behavior). In another photo, a self-portrait, Weegee stands next to a pile of loot recovered after a bust. He is holding a violin, which he has taken from the pile of stolen property, and is pretending to play it, smiling widely for the camera. In another, he’s seen riffling through a pile of receipts and paperwork after a huge numbers-running racket bust.

How did he get away with this?! If a photojournalist did something like this today, he’d be fired from his job and, in all likelihood, be arrested for tampering with evidence.

Almost eerily presaging the events in Manhattan of this past week, Weegee took a series of photographs (on display at the ICP) of the “Mad Dog” Esposito Brothers, gangsters who were arrested after engaging in a shootout near the Empire State Building that left two cops dead. Weegee followed the brothers from the arrest, to their booking, to their arraignment and their trial. Thankfully, no photographs were taken, or at least displayed at the ICP, at their executions in the electric chair a year later.

By the end of “Weegee: Murder Is My Business”, a visitor to the ICP can be forgiven for suffering from a Weegee Hangover. You might find yourself, as I did, practically begging to be rescued from all these grifters, con men, mobsters and racketeers holding hankies over their faces as they’re led away in handcuffs for their perp walks. Upon stepping back out into the sunshine of Sixth Avenue in 2012, you may, as I did, fully expect to see blood-spattered bodies littering the sidewalk. And off to the side, a short, squat, stubble-faced man in a greasy fedora madly snapping photographs as if his life depended on it.

One final caveat: Please don’t bring kids to this show; almost all of the photographs are too graphic to be run on today’s front pages or websites—and far more graphic than any of the photographs that were published of the recent Empire State Building shootings.