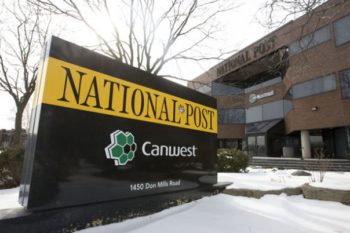 The National Post didn’t break journalism guidelines when it published two opinion articles in Nov. 2018 about a homicide detective’s guest lecture at a law class. The columns reported on a student’s complaint about the detective’s lecture being “inappropriate” and mentioned a lawyer named Tom Engel’s history of complaints to the police.

The columns were headlined, “I’m sorry did I offend you.” and “Edmonton force lifts suspension against homicide detective after student backlash.” Both were by Christie Blatchford. The second article noted that the student who complained was the daughter-in-law of the lawyer, Engel. It also notes that Engel has previously filed a complaint about the detective.

Engel was upset about the columns. He complained to the National News Media Council, saying he thought the first column made fun of the student’s name (her last name is “Dick”), and he thought the second column was inaccurate and unfair for flagging his relationship to the student, for identifying the student’s sexual orientation, and for using of anonymous sources.

Christie Blatchford, the National Post columnist, told iMediaEthics, “I think it’s a fair and well-reasoned decision.” iMediaEthics has written to Engel for his response to the ruling.

The council responded, saying “mocking a name is juvenile, particularly for a person who is not otherwise a public figure,” but not necessarily negative. Further, the council found the second column’s headline wasn’t inaccurate and there was no reason to not let a “well-established” journalist “who covers court and justice” to use anonymous sources. Finally, the council agreed it was newsworthy to inform readers the law school student complainant had a relationship with the lawyer, and that the lawyer previously had complained about the detective in question. “The NewsMedia Council rejected the position that reference to sexual orientation would automatically attract homophobic vitriol,” the council added.