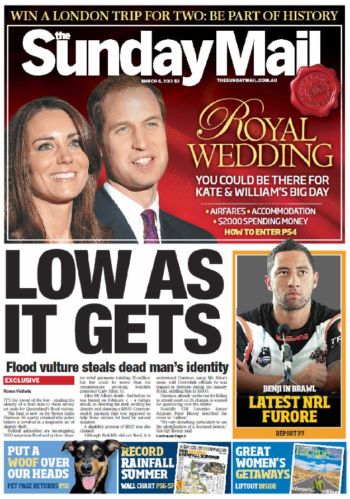 The Australian Courier-Mail failed to contact the subject of an article before publication and wrongly characterized it as an “anti-coal” group, the Australian Press Council found.

Adani is the name of the “mega-mine” in question. iMediaEthics has written to the Threatened Species Recovery Hub and the Courier-Mail‘s parent company News Corp. Australia. A spokesperson for the Hub told iMediaEthics, “We are satisfied with the Australian Press Council’s findings that the publication breached press council standards regarding balance, fairness, and taking reasonable steps to ensure material is accurate and not misleading.”

The article further claimed the Hub was “handpicked by” the Queensland, Australia government to review one of its “environmental management plans,” and that the group was anti “coal-fired power” and mining.

But, the Hub complained to the press council, explaining it isn’t reviewing the Carmichael mine’s environmental plan and denying the characterizations of the group was “anti-coal,” “greenies” and an “environmental group.” Instead, the Hub explained it is comprised of “more than 150 world-class research scientists” from universities and NGOs.

The Courier-Mail disputed the complaint, saying the government told the newspaper the Hub was conducting the review. However, the newspaper posted a correction after realizing the government spokesperson made an error. Further, the Courier-Mail noted it published an opinion article by the Hub’s deputy director shortly after its article, and argued it was fair to call the group an “Environmental group” or “greenies.”

Because the Courier-Mail didn’t contact the Hub before publication but did quote critics, the article was unfair, the council added.