Do nearly half of Republicans want war with North Korea? - iMediaEthics

Do nearly half of Republicans want war with North Korea? 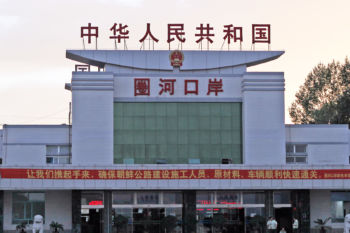 A new Quinnipiac poll suggests that nearly half of all American adults who identify as Republicans support a preemptive strike against North Korea. But there is reason to doubt the poll’s findings.

The question asked: “Do you support or oppose a preemptive strike on North Korea?” Overall, just 26% of the sample responded affirmatively, 62% negatively. But among Republican respondents, 46% said support, only 42% oppose. Both independents and Democrats were overwhelmingly opposed.

These findings suggest Republicans are much more hawkish on the question than the rest of the country. But whether a plurality of Republicans truly support a preemptive strike is a different issue.

The problem is the use of the word “preemptive.” There is reason to believe that many respondents simply don’t understand the word. This skepticism is suggested by a poll taken a couple of weeks earlier by ABC News and the Washington Post. That poll phrased the issue a bit differently: “Should the U.S. launch a military strike on North Korea first, before it can attack America or its allies, or should the U.S. only attack North Korea if it attacks America or its allies?”

“It’s difficult to believe that Republican support for a preemptive strike suddenly rose by 16 points over the past two weeks, given that all of Trump’s comments [about North Korea] came before both polls — and given that there haven’t been many other developments of late.

But then Blake adds:

“More likely, it seems, the truth lies somewhere between the two polls, with the questions’ wording affecting how people responded.”

No, the truth does not likely lie somewhere between the two polls. It’s much more likely that many respondents simply didn’t understand that “preemptive” meant the US would strike first.

Given the ABC/WP results, it is likely that many Republicans in the Quinnipiac poll would have been far less supportive of a preemptive strike if they realized it meant that the US would attack first. For many Democrats and independents, however, whether the attack was preemptive or not, was irrelevant. They may or may not have understood the meaning of the word, but were opposed in principle regardless of whether it was a first strike.

One way to affirm that use of the word “preempt” can mislead respondents would be to conduct a new poll, in which half the respondents are asked the Quinnipiac question and the other half are asked the ABC/WP question. Any differences could not be attributed to opinion change, since they would be asked at the same time. What differences exist would have to be attributed to question wording.

In the meantime, it seems reasonable to treat the Quinnipiac results with a great deal of caution. Almost certainly, they overstate Republican support for a first strike against North Korea.

Do nearly half of Republicans want war with North Korea?