Stanford Daily retracts article, says it was based on off-the-record event 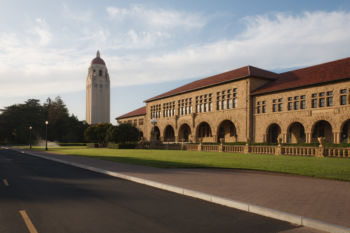 The Stanford Daily, Stanford University’s college newspaper, published an article on April 27 that is now says was based on an off-the-record discussion that took place on campus. The online edition of the newspaper has since unpublished its article, apologized and posted a retraction.

The article by Anat Peled, headlined, “Giridharadas calls out elites for commandeering ‘social change,” reported on a “small student discussion” that happened after a public talk at the university.

“On Thursday, journalist and author Anand Giridharadas and pre-doctoral research fellow Hilary Cohen led a small student discussion on what they see as the misguided belief that global elites are the drivers of social change,” the article read in part. The article quoted comments from two students, as well as Giridharadas and a professor.

iMediaEthics wrote to the author of the article to ask what went wrong; the Daily’s editor-in-chief, Hannah Knowles, responded on the author’s behalf:

“As we explained in the retraction notice, we retracted the story out of concern that a staffer didn’t follow The Daily’s journalistic protocols. The writer says she did not communicate that she would be attending the closed event as a Daily reporter. We didn’t assign the story; the writer attended out of her own interest.”

We asked Knowles if there were complaints prompting the retraction. She responded, “An organizer of the event reached out to us following publication to say there had been a misunderstanding and our writer didn’t make it clear beforehand that she would be reporting. Our reporter corroborated that.”

“The Daily has chosen to retract this article because the information it detailed was off-the-record and part of a private small discussion. The Daily did not indicate that it would be recording or reporting at the event and did not ask sources for quotes on-the-record. We regret this error.”

Knowles added to iMediaEthics, “The article ran in print and online; we published the retraction online.”

iMediaEthics has written to the professor as well as Giridharadas to ask if they complained about the article. An archive of the article is still available on the Internet Archive.

The Stanford Daily publishes Monday to Friday during the school year and has a circulation of about 8,000, according to its website.