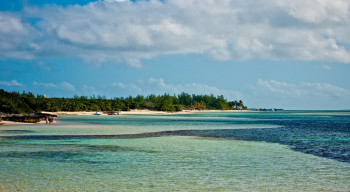 Journalists in The Bahamas have a new ethics code.

The announcement was made in a statement on Bahamas Weekly‘s website from the Bahamas Press Club.

“SEEK TRUTH AND REPORT IT. The media should be honest, fair and courageous in gathering, reporting and interpreting information.

“MINIMIZE HARM. Ethical members of the media are to treat sources, subjects and colleagues as human beings deserving of respect.

“ACT INDEPENDENTLY. The media should be free of obligation to any interest other than the public’s right to know.

“BE ACCOUNTABLE. Members of the media are accountable to their readers, listeners, viewers and each other.”

The press club was restarted in 2014, noting at the time in a news release that “dating back to the early 1970s, there have been numerous tries at establishing an association of the press corps in The Bahamas.”

“We will endeavor to promote and uphold the highest ideals and standards of journalism, while providing for the exchange of ideas and experiences and the offering of professional development opportunities,” the press club said in 2014.

The press club does not appear to have a website. iMediaEthics has written to the press club’s Anthony Newbold via LinkedIn and Facebook for more information about the ethics codes’ creation. We will update with any new information.