New Public Editor for Uganda’s The Nation, 1st in Country? 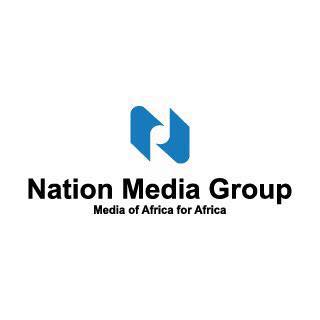 “I did not apply for the position,” Bichachi told iMediaEthics. “It had been advertised twice but for one reason or the other was not filled. I had been executive editor of Daily Monitor and was asked if I could take up the assignment as a new challenge.” As public editor, Bichachi reports to the Editorial Committee of the Board of Directors.

Unlike some public editors in the U.S. and Canada, Bichachi doesn’t have a set term, he said. “I guess I can be asked to leave if I do not perform as per the specifications of the assignment,” he wrote, explaining that the public editor is a new position for Uganda’s Nation.

iMediaEthics asked Bichachi what the response to his appointment has been. “The response has been mixed,” he wrote. “Initially many readers did not understand what a public editor was all about. Many have since warmed up as they follow my columns dealing with the issues some of them have raised with me, or I have picked in the public domain. My initial challenge is therefore to promote understanding of the role. I am optimistic that in the coming months, I will have more engagement with the readers.”

In his second column, published Nov. 9, Bichachi reported readers had contacted him concerned about typos in the paper and tabloid-esque headlines. For example, Bichachi pointed to an Oct. 30 headline, “Ebola strikes as 260 die at Uganda border,” which he called a “classic case of sensationalism,” since the deaths were 100 kilometers from the Uganda border.

Bichachi also provided iMediaEthics with his first five columns as public editor. His first column, published Nov. 2, introduces himself and the role. “My responsibility as public editor is to speak for you readers and viewers, to stand outside and help you look inside, and to hold our journalists accountable to the promise of providing quality journalism on all our platforms – print, broadcast and online – as defined in NMG Editorial Policy Guidelines as well as the journalists’ Professional Code of Ethics,” he wrote.

In a Nov. 23 column, Bichachi called for the media to be careful to not identify victims of sexual abuse, especially minors. After hearing from upset readers, Bichachi flagged a November story that named missing school girls who were sexually abused.  “While it was an important story to publish, should the identities of the victims, who are minors (below 18 years old), have been carried in both editions (online and print) of the newspaper?” he asked. “Clearly no because it is basic journalism practice not to identify victims of abuse.”

Pointing to the Nation Media Group’s journalism guidelines, he argued, “By not following the basic tenets of journalism, the provisions of the NMG editorial guidelines as well as paying little or no attention to the impact such exposure could have on the future of these abused children, the story in many ways amounted to a continuation of the abuse of the victims.”

And Nov. 30, Bichachi wrote asking, “Is there an editorial red line for cartoons?”

New Public Editor for Uganda’s The Nation, 1st in Country?