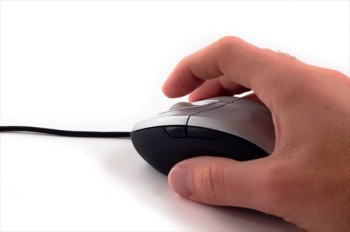 Hundreds of children were not discovered buried in a mass unmarked grave in a septic tank in Tuam, Ireland. The Associated Press issued a whopper of a correction earlier this month to their erronous story, as iMediaEthics previously reported.

Regardless, five news outlets reported “800 Baby Skeletons” were found; they weren’t. This truth would have been known to reporters if they had bothered to fact check.

Now the disgrace falls on National Public Radio, which has also published a long correction admitting that its original report contained errors.

NPR said its article has been updated to correct the errors, such as wrongly reporting hundreds of bodies were discovered and that the true story had been “exaggerated.” NPR published the following June 24 correction about a story it broadcast on June 3:

“This post originally stated that the bodies of hundreds of children had been found in a septic tank at a former home for unwed mothers in Tuam, Ireland, drawing from news reports that were based on research conducted by a local historian. The story was exaggerated by the media and key details of the historian’s findings have been called into question. It’s not clear how many — if any — bodies may be buried in the disused tank. This post has been updated to reflect developments.”

In addition to its correction, the AP published a June 23 story explaining how it made the errors — by “repeating incorrect” claims from other news outlets:

“The Associated Press was among the media organizations that covered Corless and her findings, repeating incorrect Irish news reports that suggested the babies who died had never been baptized and that Catholic Church teaching guided priests not to baptize the babies of unwed mothers or give to them Christian burials.”

Were 800 Baby Skeletons found? NO

Numerous other news outlets also had faulty headlines on top of their reports about the Tuam Catholic home for unwed mothers.

News outlets referred to 800 baby skeletons being found, which is flat-out wrong. No skeletons were found, much less 800 of them.  Fact checking would have revealed that what was found was 796 death records for children living in Tuam, Ireland at the Catholic Church-run home for mothers and children.

Irish historian Catherine Corless, who obtained the records, only suggested the bodies may be in a disused septic tank. But, as the Associated Press’ correction noted, this speculation can’t be determined as fact without analysis.

Below, see a list of news outlets that erred by stating in gory headlines that babies’ skeletons were found.

Australia’s News.Com.au used the following headline and also repeated the error about babies’ skeletons being found.

The article repeated the erronenous claims that the 800 skeletons were found in a septic tank:

“An old septic tank located next to a former home for unwed mothers run by Catholic nuns in Ireland from 1925 to 1961, was revealed this week to be a massive grave containing the skeletons of nearly 800 infants and children.”

Al Jazeera also erred when its inaccurate headline said babies’ skeletons were in the septic tank.

Thought Catalog did the same thing. It wrongly said in a June 4 headline that 800 babies were found in a septictank.