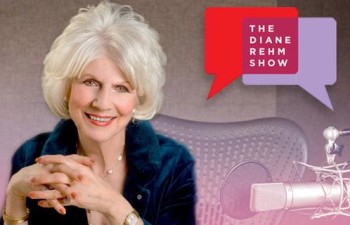 Talk-show host Diane Rehm’s advocacy for the right-to-die cause went too far.

NPR learned of the problem of Rehm speaking at fundraisers, typically a no-no for journalism staff, after a Washington Post article.

While Rehm’s show doesn’t focus on only end-of-life issues, she does cover the topic, as she openly advocates for the right-to-die after her husband’s death last year. He asked his doctor about assisted suicide because of his Parkinson’s, but was told there was nothing he could do except for stop eating and drinking, the Post reported.

Ordinarily, NPR wouldn’t allow staff to participate in any public advocacy by speaking at fundraisers. But Jensen explained in a previous blogpost that the situation is “complicating” because technically Rehm isn’t a NPR staffer and Rehm acknowledges she’s not a journalist. Jensen pointed to NPR’s handbook, which states:

“We avoid speaking to groups where the appearance itself might put in question our impartiality. This includes situations where our appearance may seem to endorse the agenda of a group or organization, as well as participation in some political debates and forums where the sponsoring groups or other participants are identified with a particular perspective on an issue.”

Instead of being an NPR staffer, Rehm works for NPR affiliate WAMU. “NPR distributes her show and allows WAMU to associate the NPR brand with it, but doesn’t ‘own’ or produce it.”

Despite that “distinction” within NPR, Jensen acknowledged readers may not see her as non-staff. And, NPR’s ethics code doesn’t require staff of shows that NPR has “acquired” — like Rehm’s, to necessarily follow its code.

“The code does not currently make any provisions for those who work at NPR’s “acquired programs,” such as Rehm’s show, to use the internal terminology,” Jensen said.

Rehm acknowledged “I am walking a very careful line” with the appearances at fundraisers, she told Jensen. “I am there to tell my own story, to tell [her husband] John’s story, and to hopefully help to facilitate discussion among the attendees. I am not being paid a dime for doing any of this. I am doing it because it’s what I believe I want for myself and I believe that talking about it is something that is crucial within our entire society, no matter what side you come out on.”

After NPR discussed the matter with Rehm, Rehm agreed to stop speaking at the fundraisers, after she meets her existing obligations to speak at two more events, Jensen reported March 9.

“To further avoid any perception of conflict, Diane has decided that after she honors her commitment to participate in two additional Compassion & Choices dinners this month, she will no longer participate in their fundraising events,” an NPR statement quoted by Jensen reads.

Rehm told Jensen that stopping her speeches “made me somewhat sad but I totally understand [NPR’s] perspective.”

NPR said Rehm is allowed to continue to cover “end-of-life issues as it does all other newsworthy subjects – giving them no more and no less coverage than the news dictates” and with transparency.

That doesn’t mean she will attempt to be objective when discussing end-of-life on her program, though. “I will not hide my own feelings,” she said.

In a statement quoted by Jensen, NPR said: “As a talk show host, Diane Rehm is free to express her own opinions alongside people who have different views. This is one of the things her listeners expect, and it allows for empathy, and a lively exchange of ideas.”

Moving forward, Jensen recommended NPR apply its standards to all “acquired programs” like Rehm’s. “And if those standards treat talk show hosts or opera show hosts in a separate category, they need to lay out specifically what standards those hosts are expected to abide by,” Jensen suggested.

NPR accepted those suggestions and will “update the ethics code with clear guidelines for acquired shows” to help prevent future similar issues.